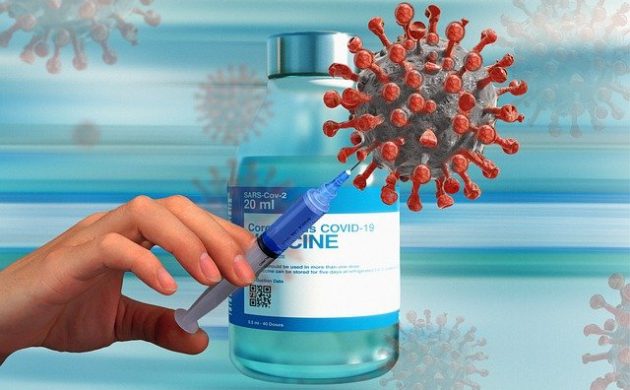 You hardly need to be Nostradamus to predict the vaccination completion date is going to change again. It’s already been altered ten or more times, and it will no doubt be changed plenty more.

Optimists might argue that the legions expected to jump on the opportunity to get an AstraZeneca (AZ) or Johnson & Johnson (J&J) jab will make it earlier.

Pessimists might suppose the authorities have massively miscalculated given that J&J was going to account for 8.2 million jabs – and you only need one of them, after all – and that a third of the population were earmarked to receive one.

Some are going as far as suggesting the completion date of August 22 is more likely to be closer to the end of the year.

By December
Airfinity, an analysis company with a focus on science and particularly the vaccine rollout, predicts Denmark will be fully covered by the beginning of December.

Based on the available date, Airfinity chief executive Rasmus Bech Hansen and his colleagues cannot equate the new completion date with the decision to drop J&J, a single-dose vaccine.

“If we just sit down and look at how far we have come compared to the original plans, you just have to say that we are far behind,” Hansen told TV2.

“When you calculate it with a view to which other vaccines are available for Denmark, our analyses show there is not enough for Denmark to be fully compensated at present.”

It’s in the numbers
Hansen suggests the authorities are basing their projections on the vaccine manufacturers’ own announcements, when they should be taking more note of their production numbers.

For example, Hansen contends that Pfizer/BioNTech’s expansion of production will not be able to compensate for the J&J shortfall, while Moderna has problems with its deliveries.

And an admission from Sundhedsstyrelsen spokesperson Steen Dalsgård would appear to back this up.

“The vaccination calendar is the best possible suggestion of how we expect the roll-out of the vaccination effort to proceed if we receive all the vaccine doses promised by the manufacturers. This means that there is a certain amount of uncertainty attached to the time horizon that the calendar describes,” he told Politiken.

Slow start was deliberate, says expert
According to Hansen, Denmark has been vaccinating for five months and managed to cover just 12.2 percent of the population. J&J, he points out, would have covered 30 percent.

“With that timeline, it will take, on a completely theoretical level, 10 months to complete vaccinating the 30 percent and not the extra weeks that the vaccine calendar now testifies to,” he said.

However, Professor Henrik Nielsen, who specialises in infectious disease medicine at Aalborg University Hospital, is sceptical of Airfinity’s prediction.

According to Nielsen, the vaccination program has merely been finding its feet over the first five months, as it was important to take its time with the first 1.5 million to get at least one jab. The rest of the population will be vaccinated at a much faster rate, he contends.

But are there enough jabs? Well, Hansen concedes that his prediction does not factor in the number of people who might end up getting one from J&J or AZ.