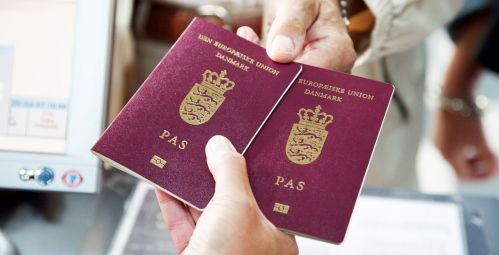 Many big countries depend on tourism and need the industry to flourish. (photo: The Ministry of Foreign Affairs Denmark)
May 5th, 2021 3:39 pm| by Puck Wagemaker

The rules on the handshake when you get your Danish citizenship will be tightened if it’s up to the Socialdemokratiet government.

And no, the handshake will not be replaced with a corona-friendly variant. It’s about who you need to shake hands with to get your Danish citizenship.

Socialdemokratiet has upped the ante to ensure that only the firm hand of the mayor can seal your Danish citizenship in most municipalities, although in the large ones, a few other officials can deputise, including the six departmental mayors in Copenhagen, for example.

This is a change to the law from 2018, which stated that new citizens had to shake hands with a representative from the municipality, but not specifically the mayor.

Why this change?
In 2018, Socialdemokratiet were against legislating a handshake, but its tone is different today.

According to prominent Socialdemokratiet councillor Lars Aslan Rasmussen, it’s good to have a set of common ground rules when you get your Danish citizenship. The focus on unity in these rules regarding the handshake is why the party changed its mind.

“It is quite fair that people who come to Denmark and get their Danish citizenship can count on meeting the mayor – no matter where you live,” said Rasmussen.

Symbolic politics
While according to Rasmussen, the vast majority of mayors are satisfied with the proposal, it hasn’t go down well with everyone.

Several mayors think the last thing the country needs is another chapter of the handshake issue, with many suggesting it’s about political symbolism more than anything else.

Steen Korsgaard Christiansen, the mayor of Albertslund, thinks it’s a decision typical of the Christiansborg bubble.

He has never met anyone in his municipality who doesn’t want to shake hands. “More legislation on the handshake ceremony isn’t necessary – it’s superfluous management from Christianborg,” he told DR.

“Christiansborg wants to legislate the smallest details – all I can say is ‘no’ and that it sounds a lot like political symbolism,” she told Jyllands-Posten.