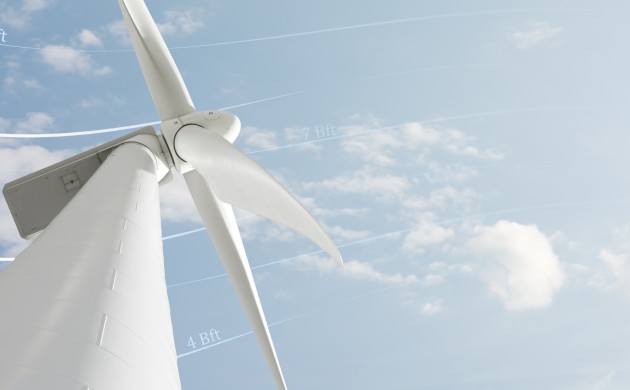 The measure will help Denmark reach its renewable energy targets without distorting market competition and will contribute to the European goal of climate neutrality by 2050. (photo: iStock)
May 6th, 2021 5:00 pm| by Lena Hunter

A new Danish scheme to support energy produced by on- and offshore wind turbines, wave power plants, hydroelectric power plants and solar PV has been backed by the European Commission with an investment of 3 billion kroner.

It follows a previous Danish renewable energy scheme that was approved by the Commission in August 2018.

The aid will be awarded through a competitive tendering process between 2021-2024 in the form of a two-way contract-for-difference premium.

READ ALSO: Denmark signs green innovation agreement with the US

Keeping electricity prices stable
Under this model a reference price for electricity is set based on an auction. Whenever the real-world price of electricity dips below this figure, the state pays the renewable electricity producer the difference.

This guarantees renewable energy producers long-term price stability, allowing for safe investment and growth planning, while limiting the cost for the state.

Looking ahead to 2050
The aid scheme was approved on the grounds that it will drive green EU development and incentivise energy producers by levelling the input-output cost of electricity, without causing distortions of competition in the Single Market.

In 2019 the Commission announced an objective of no net EU greenhouse emissions in 2050. In April 2021 the European Parliament provisionally agreed to reduce emissions by 55 percent by 2030.

The combined measures lay the groundwork for a package of legislative proposals titled ‘Fit for 55’ that are scheduled for June 2021.

Arla to buy green electricity from farmers
Dairy multinational Arla and the Danish agriculture co-operative have created a circular system in which farmers can produce and sell renewable energy directly to Arla. The agreement stipulates that the green electricity must reduce Arla’s overall CO2 emissions and be bought at a a fair price. Arla’s total emissions have fallen by 24 percent since 2015 and the company aims to slash them by a further 30 percent from by 2030, with sights on net zero by 2050.

Wind energy company Vestas disappoints in first quarter
The wind turbine giant Vestas has reported a turnover significantly below market expectations for the first quarter. Revenues registered at 1,962 million Euro – well below analysts’ estimates of 2,469 million. For comparison, the same quarter last year saw Vestas clock a revenue of 2,235 million. Income figures disappointed too: analysts expected a 10 million euro positive but results showed a 57 million negative for the period. Despite the disappointing start, Vestas maintains its expectations for the year as a whole, predicting a turnover of 2,100 million euro.

Investigation into unsafe ship-scrapping in India
The Danish Environmental Protection Agency is investigating how and why three Maersk ships are being scrapped on a beach in India, where miserable working conditions do not satisfy EU requirements. The Environment Minister Lea Wermelin emphasized that European ships must be scrapped by companies on an approved list drawn up by the European Commission. However the process is not straightforward as the three ships in question are no longer displaying the Danish flag. In a crossfire in Parliament, Enhedslisten’s Christian Juul accused the Danish government of removing the flags to circumvent EU standards and exploit cheap Indian labour.

Novo Nordisk profits ticking up in 2021
Danish pharma behemoth Novo Nordisk’s latest report shows an operating profit increase of 3 percent at constant exchange rates (CER), with a rise in sales of 7 percent. It should be noted that the increase is partially due to COVID-19-related inventory and stock disruptions’ negative impact on sales growth in 2020. In 2021 sales growth is expected to be 6-10 percent. “The solid financial performance in the first three months of 2021 has enabled us to raise our outlook range for the full year,” said CEO Lars Fruergaard Jørgensen.

ISS surprises in first quarter despite decline
The service group ISS achieved higher revenue than expected in the first quarter. Though their accounts continue to be marred by workplace reimbursement schemes and other pandemic-related demands, resilience among key customers helped to ensure a smaller decline than expected. “We are seeing an improved earnings ratio at lower volumes in our food business and taking advantage of the increased demand for cleaning and disinfection,” said CEO Jacob Aarup-Andersen, who maintains his expectations for “positive organic growth” in 2021.

Ryanair reopens base at Billund Airport
Ryanair is set to station two Boeing 737 aircraft at Billund Airport, opening routes to 26 new Ryanair destinations this winter. The Irish low-cost airline left Billund in the summer of 2015 after a union dispute erupted when they established a second flight base in Copenhagen. Regular Ryanair passengers will recognise the available destinations of Edinburgh, Gdansk, Vilnius, Poznan, Milan, Venice, Bologna, Rome and Barcelona. Now, seven more will be added: Brussels, Gothenburg, Munich, Tallinn, Wroclaw, Sibiu and Seville. With the upcoming investment, Ryanair is expected to increase number of passengers in Billund by 350,000 a year.

EU ruling: No to state aid to PostNord
The European Court of Justice has annulled an approval from the European Commission of Danish state aid to postal service PostNord. The case stems from a complaint from Danske Fragtmænd and Danish Road Transport (ITD) who claim that the competition is skewed. The specifics centre on PostNord’s VAT exemption and that they benefitted from a large capital injection in 2017. They also pointed out that the compensation which PostNord receives for its duty to deliver mail is incompatible with the rules of the EU’s internal market and gives it an unfair advantage over competitors.