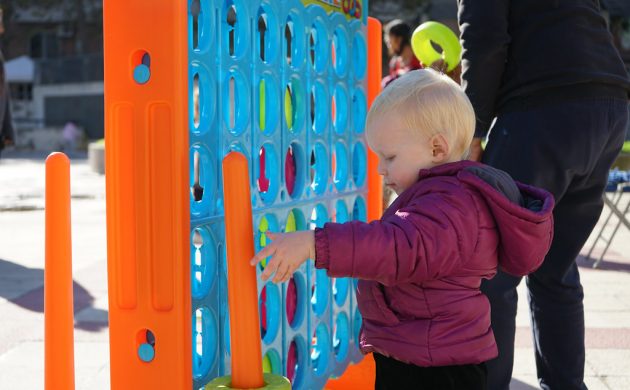 A new study conducted by the University of Copenhagen found that many one-year-old Danish infants carry hundreds of antibiotic-resistant genes in their intestinal systems. One of the main reasons is that their mothers have taken antibiotics during their pregnancies.

“We find a very strong correlation between treating mothers with antibiotics  during pregnancy and of the infant having intestinal bacteria with many resistant genes, although there also appear to be other influences that come into play,” noted the lead author of the study, Xuan Ji Li from the Department of Biology.

Stool analysis
The researchers analysed 662 stool samples of one-year-old infants. In the samples, they found 409 different kinds of genes that give resistance to 34 types of antibiotics. Out of 409 genes in total, 167 genes were even more resistant to antibiotics that WHO categorises as critically important to treating serious disease in the future.

It is estimated that 700,000 people die each year from bacterial infections that have developed a resistance against antibiotics, and WHO predicts the number will increase in the coming decades.

Group of boys risk missing out on free HPV vaccine offer
A revision of the childhood vaccination program for 12 year-old-boys and girls has not had the desired effect. It was pointed out that boys born in 2006 and the first half of 2007 were not automatically being offered the HPV vaccination, but since their inclusion only six out of 10 have taken the jab. If those in the age group still want to be vaccinated for free, they have until 1 July 2021 to express an interest.

Tibet’s altitude level has risen over time – study
Forever the subject of geological riddles among researchers as to whether Tibet, ‘the roof of the world’, has always had the altitude it has today, the research suggests is has in fact become higher. A researcher from the University of Copenhagen has discovered that Tibet has risen by about 600 metres over the last 20-30 million years.

US Secretary State visits Danish quantum technology centre
Recently, the US Secretary of State, Anthony Blinken paid a visit to the Niels Bohr Institute at the University of Copenhagen. One of the professors at the Center for Quantum Electronics, Charles M Marcus, who is also a research leader at Microsoft, showed the visiting dignitary the potential of quantum technology. The technology is believed to have an enormous impact on sustainable development as well as in the management of the world’s resources.

The pandemic does not make Danes more religious
Researchers in international studies have found there is a connection between the coronavirus pandemic and the growing interest in religion. But this does not apply to Denmark, according to a new study called ‘COVID-19: religion, well-being and existence’. “In Denmark, religion has played a very small role during the COVID-19 crisis, regardless of whether it is about the causes of the crisis or the solutions,” contends the research leader, sociologist Peter Birkelund Andersen. “The few respondents who identify as religious report that they have missed the community in their faith community, but largely support the authorities ‘handling and the scientific explanations for the virus’ origin.”

More than 100 players join forces in creating green fuel roadmap
More than 100 companies, universities and organisations have joined forces to design a roadmap for Denmark’s heavy transport, shipping, aviation, and maritime shipping industry to quit fossil fuels and convert to green fuels. This roadmap is expected to help resolve major challenges and fulfil the country’s climate goals in 2030 and 2050. In addition, this also covers topics related to CO2 capture and storage, climate and eco-friendly agriculture and food production, and the recycling and reduction of plastic and textile waste.

Danish scientists contribute Pacific Ocean mercury level study
Scientists have discovered high levels of the toxic heavy metal of mercury in the Pacific Ocean’s seabed. The research is a collaboration of international scientists from Denmark, Canada, Germany and Japan. The amount is so high that it exceeds the level of an area contaminated by industrial discharges.