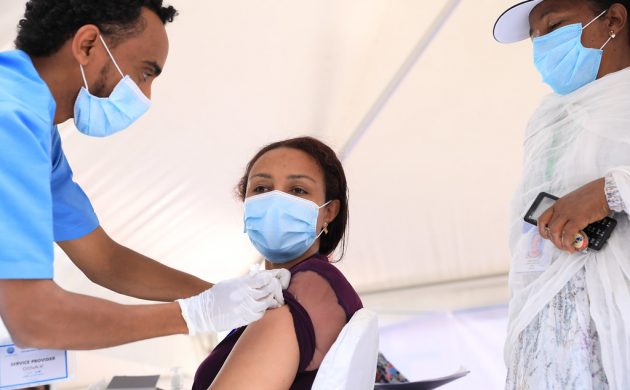 In theory, everyone over the age of 50 should have been vaccinated before they started with the under-50s. But that clearly isn’t happening, reports TV2.

Already teenagers in the Capital Region are getting their first jab, while people in their early 50s in north Jutland are still waiting for theirs.

Theoretically, the 50-54 age bracket is ahead of the 16-19 & 45-49 age bracket in the vaccination queue, but that hasn’t stopped the youngsters skipping ahead, despite them having a far lower risk of dying or being seriously ill should they contract corona.

For several months, the government insisted that most restrictions could be fully lifted once all the over-50s are vaccinated, which would appear to be within reach by mid-July.

But not if they’re still queuing up for their first one in north Jutland!

Ah, there’s the rub
There’s a simple explanation for why this is happening.

The vaccine doses have been distributed to the regions based on their population sizes, which means the Capital Region has received considerably more than North Jutland.

However, proportionally a far higher percentage of the North Jutland population is over the age of 50, thus slowing down the rollout.

In the Capital Region, however, they quickly jabbed the over-50s and moved on to the under-50s.

“We are always a little behind here anyway,” Anni Jespersen, a north Jutlander in her 50s, cheerfully told TV2 at Håndværkervej in Aalborg yesterday, where she was queuing for her first vaccination jab.