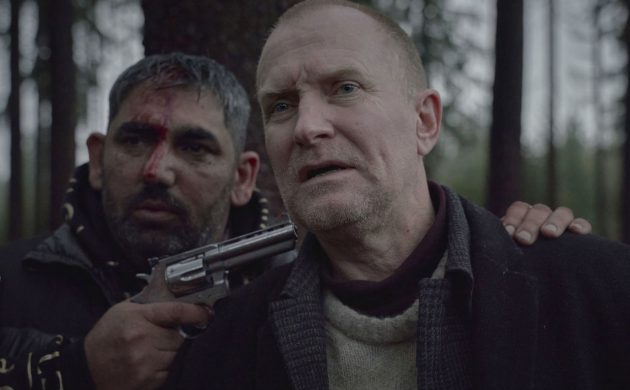 Nobody was forcing cinema-goers at gunpoint to see the film, but the Kino scores would of course have some kind of ‘effect’
June 4th, 2021 7:54 am| by Ben Hamilton

Do you ever get the impression when you glance at the Danish media’s reviews of home-produced films that something fishy is going on?

Somehow they always end up getting 5/6, often while universally-lauded foreign films, such as ‘Promising Young Woman’ recently, are granted just 4/6 without a single hint why they lost two stars.

Well, stand up and take a bow, Daniel Bentien.

Panned by critics, praised by public
Bentien is the editor of kino.dk, the number one site in Denmark for finding out what’s new at the cinema and buying tickets, and of late he has become concerned about the high scores of Denmark’s ‘film of the summer’.

‘Marco effekten’ is the latest Department Q film, albeit with a completely different line-up as the investigating detectives, but despite a panning by critics, the film had a creditable 4.9/6 on the Kino site – a score that will influence many into going.

But is the score deserved? Not according to Bentien.

Hundreds and hundreds
An investigation carried out by Ekko film magazine of the user ratings of the film revealed that an awful lot of them were six star scores left by first-time Kino reviewers.

As many as 910 reviews were left during the first five days of its release –impressive given that the last Department Q film, ‘Journal 64’, since its premiere in 2018, has only received 1,193 Kino ratings.

Following its premiere on May 27, some 16 months after its scheduled release, it sold 71,007 tickets on its opening weekend following some pretty poor reviews by critics.

Impossible to know who’s responsible
Most of the high scores were left by anonymous users. In contrast, most of the low scores came with comments, which criticised the film’s slow pace and all-round quality.

“It ended up being a manual task to sort through it. It was done in a rather cunning way, as the IP address had been bypassed, so it looked as if the reviews were coming from different places,” revealed Bentien to TV2.

“It is impossible to say who is behind it.”

The average score of ratings with comments, according to the Ekko analysis, was 1.7 – 3.2 lower than the overall score. ‘Druk’, in contrast, scored 5.3, just 0.1 short of its overall average.

Now a three star film
Bentien told Ekko he was “going to delete ratings that look suspicious”, and this decision has revised the score to 2.8/6.

“The crux of the matter is that there has been cheating with the reviews,” he told TV2.

“If this was a one-time thing, I could live with it. I cannot if it happens several times.”

The film’s producer Nordisk Film denies any involvement. “It is completely unacceptable that someone is tampering with this,” it stated.