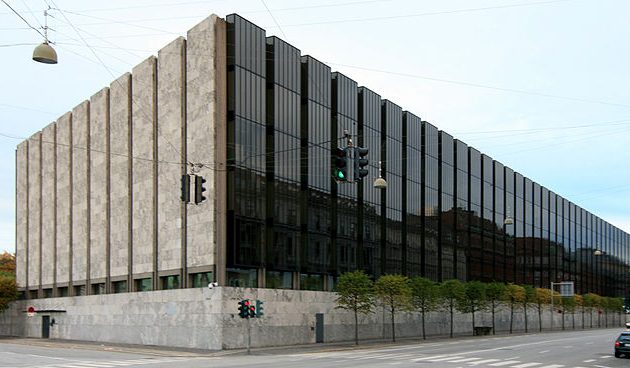 The National Bank feel confident that the attack has not had any serious consequences. (photo: Mahlum)
June 29th, 2021 2:12 pm| by Kasper Grandetoft

For seven months hackers have been able to bypass Nationalbanken’s IT system. According to Version2, the breach happened in the wake of the global SolarWinds-cyberattack in December 2020.

It appears that Nationalbanken has only been affected by a so-called stage 1-compromise, which means that a stump of code has informed hackers of a backdoor into the security system that they could potentially use.

No real consequences
So far, Nationalbanken has not been able to completely exclude whether the backdoor has been used to compromise the system further. But it feels confident the attack has not had any serious consequences.

“The relevant systems were contained and analysed as soon as the compromise by SolarWinds Orion was known,” wrote Nationalbanken in an email to Version2.

“We acted quickly and intervened in a satisfactory way. According to the reported analyses there has been no indication that the attack has had any real consequences.”

The global SolarWinds-attack was discovered by the security company FireEye in 2020. Several Danish authorities and businesses have been affected by the attack.