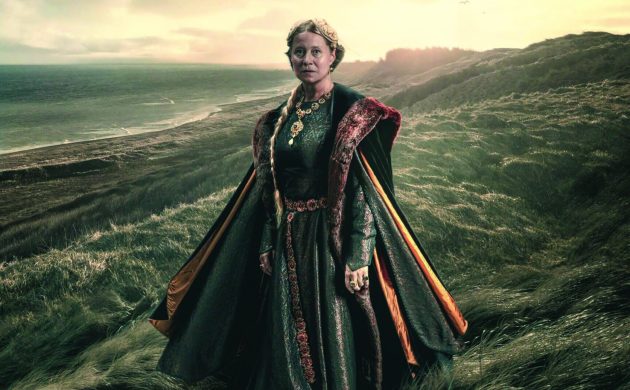 Last year, it was the heroics of Henrik Kauffmann, the Danish ambassador to the US during World War II and, in recent times, the stories of Lili Elbe (‘The Danish Girl’) and Johann Struensee (‘A Royal Affair’) – the world can’t get enough of Danish historical dramas right now!

Joining this rich tradition this year is ‘Margrete den første’, which SF Studios is planning to release during the third quarter of the year.

The film focuses on a point in the queen’s life when she stood to lose it all. Aged 50, she faced her biggest challenge in 1402 when the Kalmar Union to bring together the countries of Denmark, Sweden and Norway threatened to collapse.

Played by Trine Dyrholm
With a budget of 8 million dollars kindly provided by Netflix, Charlotte Sieling has assembled a cast led by Trine Dyrholm, Denmark’s answer to Meryl Streep, which also includes Søren Malling (Torben in ‘Borgen’) and Magnus Krepper (‘Young Wallander’ himself).

Before shooting began, Sieling said she was keen to tell “the true story of the strongest, most fascinating but also most under-exposed ruler that Scandinavia has ever seen”.

“There is no one to compare to Margrete, she was such a strategist. She gains power and she effectuates it in a different way than a man does,” continued Sieling

“This woman is 50 years old. In this man’s world, she’s in power. And we have to bring her sexual life into that, and her motherhood. We need to explore this woman on many different levels. Margrete made this feminist legislation that any woman who had been assaulted during war could come and get money at her castle.”

Always out-manoeuvring
In the turbulent times that reigned across late 14th century Scandinavia, Margrete I was the ruler who ultimately prevailed. Over her life she consistently out-manoeuvred her rivals, successfully uniting the regions of Denmark, Norway and Sweden, to leave a powerful legacy for her heirs.

She was the youngest of Valdemar IV of Denmark’s six children, and in 1359, at the age of six, her childhood was cruelly interrupted by the news she was engaged to be married to Håkon VI of Norway, the youngest son of the Swedish-Norwegian king, Magnus (IV or VII, depending on where you were), as part of a political alliance.

Håkon was 13 years her senior and was used to rude awakenings himself – he had been named king of Norway by his father when he was just three.

Redrawing the borders
Magnus wanted Valdemar’s help to deal with his second son, who had proclaimed himself ‘Erik XII of Sweden’ after taking control of Southern Sweden. And in return, Magnus would give Valdermar the strategically important Helsingborg Castle on the southern tip of Sweden.

Valdemar wasted no time and, shortly after the agreement, invaded Scania with a large army and gained control of the region. But then Erik unexpectedly died, and as far as Magnus was concerned, all bets were off. He dissolved the betrothal and all the other arrangements.

But Valdemar liked the view from Scania – a region that had been mortgaged to Sweden back in 1332 following the bankruptcy of the Danish state under the reign of Valdemar’s father Christopher II – and continued conquering, starting with the south-eastern Swedish island of Gotland in the Baltic Sea.

In 1361, Valdemar conquered Visby, a German-dominated town in Gotland. This provocation was staunchly opposed by both Magnus and the Hanseatic League – a confederation of merchant guilds and their market towns that dominated trade in northern Europe – which signed a trade restriction against Denmark and resolved to take military action. Meanwhile, Magnus was in talks with Henry of Holstein to marry Håkon off to Henry’s sister Elisabeth – an alliance hotly disputed by the archbishop of Lund, who said it was a violation of church law.

But their resolve weakened. Magnus and the Hanseatic League discontinued a siege of Helsingborg, and Margrete and Håkon married in April 1363 in Copenhagen, producing an heir, Olaf, in 1370. 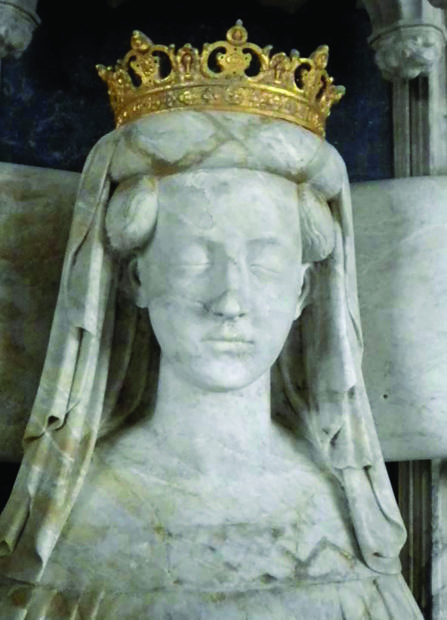 Moving with purpose
Valdemar died in 1375 and was, after a vote by the Danehof (the equivalent of parliament), succeeded by Olaf, who also stood to inherit the Swedish crown after Margrete saw off the claims of her elder sister’s husband, Duke Henry of Mecklenburg, and their son.

Upon Valdemar’s death, Margrete became regent and immediately sought to expand. She bought the island of Gotland from its owners Albert of Mecklenburg and the Livonian Order, and also acquired most of Schleswig, which she eventually bequeathed as a hereditary fief under the Danish crown to Count Gerhard VI of Holstein-Rendsburg, the grandson of Gerhard III, on the condition he swore allegiance to Olaf.

When Håkon died in 1380, Olaf became king of Norway and Margrete ruled both kingdoms on his behalf and then, after Olaf unexpectedly died in 1388, as queen.

Sweden in her sights
And Sweden was very much in her sights. Before Olaf’s death, she knew there was discontentment among the nobles with their king, Albert I, and that they wanted her to help them dethrone him. Her army duly invaded in 1389 and soon she was in control of the whole country. At the Dalaborg Castle conference, the Swedes complied with all of Margrete’s demands and elected her ‘sovereign lady and ruler’. Among them was a condition that stipulated the Swedes must accept any king she decided to crown.

Still keen to hold onto his crown, Albert returned with an army of mercenaries in February 1389, but he was defeated and imprisoned at Aasle near Falköping. He was shortly set free on the condition that if he paid a fine within three years, the Hanseatic League could hold onto Stockholm, which was then an independent German-populated city. But Albert failed to pay the stipulated amount and the Hanseatic League surrendered Stockholm.

Margrete, meanwhile looking to the future, adopted the grandchildren of Henry of Mecklenburg: Eric of Pomerania and his sister Catherine. And at a congress of the three Councils of the Realm in Kalmar, Eric was announced king of Denmark, Norway and Sweden on Trinity Sunday, 17 June 1397. Until he came of age, Margrete ruled as regent, and she remained de facto ruler until her death.

Reformist, philanthropic, wise
But there was more to Margrete’s reign than claiming back lost Danish territory and uniting the kingdoms. She reformed the Danish currency by substituting silver coins for the old copper coins, and she was also a noted philanthropist who gave away much of her wealth to charity.

And she knew where to draw the line. A proposal in 1402 from King Henry IV of England for a double-wedding alliance (Eric to marry Henry’s daughter Philippa and Catherine to marry Prince Hal, later Henry V – Eric did eventually marry Philippa) to united the Nordic kingdoms with England, which would have drawn them into the Hundred Years’ War against France, was rejected.

Margrete died unexpectedly of plague on board her ship in Flensburg Harbour in October 1412. She bequeathed a property to Roskilde Cathedral in her will on the condition that it held a regular mass for her soul. This was eventually discontinued during the Reformation in 1536. However, a special bell is still rung twice a day in honour of the first lady ruler of Denmark.

And while Denmark eventually lost Sweden (finally in 1521) and Norway (1814), and the bloodline she established on the throne of Denmark ended with the death of Frederick VII in 1863, her name (albeit with an extra ‘h’) lives on in the current monarch – a fitting tribute to one of this country’s most astute and able rulers. 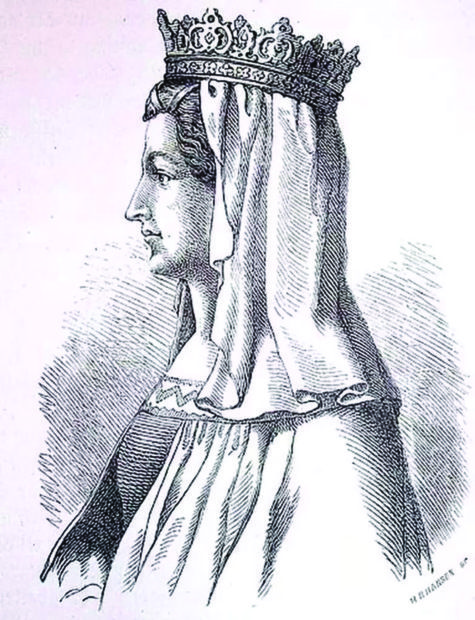