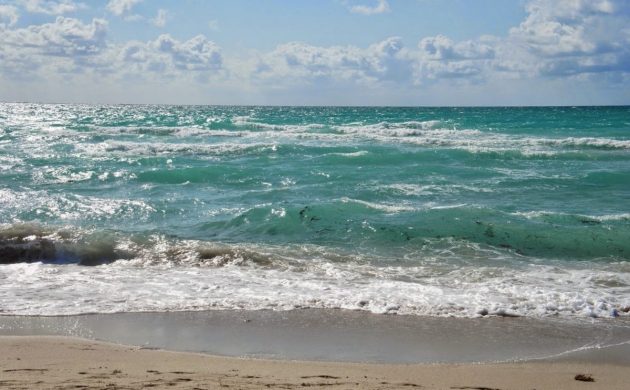 Some 20 swimmers were rescued from rip currents at Liseleje beach in northern Zealand. (photo by: Toper Domingo)
July 19th, 2021 2:13 pm| by Kasper Grandetoft

On Saturday, 20 people were rescued from rip currents at Liseleje Beach in northern Zealand – an unfortunate record for the local lifeguards who usually only have to save 40-80 swimmers from rips during a whole season.

“When I see someone in the water whose swimming has come to a standstill, it’s crucial for me to reach them as quickly as possible, so nothing will happen to them,” said lifeguard Jakob Klint Axelsen after the hectic Saturday shift, during which he was responsible for 12 of the rescues.

Over the weekend, 31 swimmers were saved from rip currents between the shores of Helsingør and Hundested.

What are rip currents?
A rip is a narrow current of water that moves away from the shore like a strong river running out to sea.

“The rips often occur in relation to onshore winds – which is when all the mass of water, which has been pressed over the reef, needs to get back out,” explained head lifeguard John Mogensen to TV2 Lorry.

The water has difficulty running back out to sea, since more water is being pressed against the shore. Therefore, the water will find an easier way, which is typically along large rocks, piers and breakwaters where a strong current follows, digging holes into the sand.

“Swimmers are surprised when they’re standing in water up to their knees and take a step, and then all of a sudden they can’t reach the ground while they’re simultaneously being pulled further out.”

Never fight the current
If someone finds themselves in the middle of a rip current, it is important not to panic.

“Never try to fight the current. Don’t attempt to swim back to land,” urged the head lifeguard.

Instead you should let yourself get carried further out, where the current will decrease and make it easier to swim back to shore.

“Lie on your back and float. Swim to the side or follow the current,” advised Mogensen.