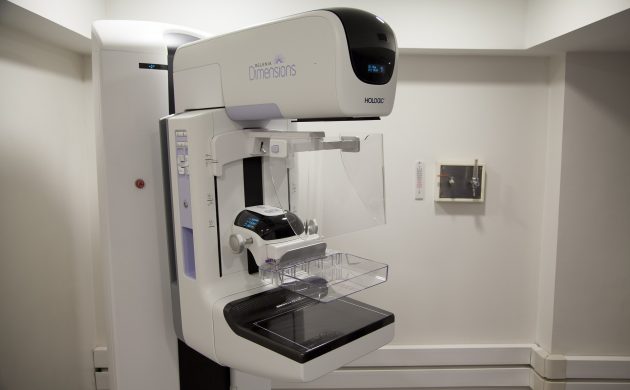 A lack of doctors has resulted in the capital region postponing up to 120,000 cancer examinations. (photo by: Elías Alarcón)
July 22nd, 2021 7:54 pm| by Kasper Grandetoft

Every second year, healthy women aged 50-69 are called to a screening that examines early signs of breast cancer.

However, a lack of doctors has resulted in the capital region postponing up to 120,000 cancer examinations that should have taken place in August, September and October.

Women with symptoms prioritized
The capital region explained to Berlingske that hospitals are affected by an acute lack of mammographers – the doctors who examine symptoms of breast cancer. As a result, the region has chosen to prioritize patients that already have symptoms and therefore need a more thorough examination.

“It is by no means something I’m happy about,” said Christoffer Buster Reinhardt, member of the regional counsel, to TV 2.

“But I think it’s the right choice to prioritize women, where a concrete suspension of cancer exists, instead of screenings of women that are, as a starting point, healthy,”

“We know that the screening programme plays a vital role in the chance of survival for women with cancer by helping to find more serious tumours at an early stage,” said chief physician at Kræftens Bekæmpelse, Janne Bigaard to Berlingske.

“Therefore, it’s important for women to be examined on time.”

Capital region: “Doing everything we can”
When the corona pandemic was at its highest, many women cancelled their screenings which has now created a bottleneck in the flow of examinations.

“Our staff is working overtime. We’re sending patients to private hospitals. We are in contact with other regions and even foreign countries to check if they can treat some of our patients. We are doing everything we can,” stressed Reinhardt.

The region urges women with symptoms to contact their own doctor – this way they can be referred more quickly to a clinical mammograph screening outside the national programme.

Red and blue parties want Polish women to be able to get an abortion in Denmark
Parties from both sides of the political spectrum propose to set aside 20 million kr over the next four years to facilitate access to an abortion in Denmark for Polish women. Enhedslisten, Radikale and Venstre all support the proposition which would help an estimated 165 Polish women per year. “For me it’s a question of taking action in the world that we’re a part of,” said Enhedslisten’s spokesperson Pernille Skipper to Politiken. The legislation comes after Poland tightened their already strict abortion laws earlier this year. The law in Poland makes it possible for women to get an abortion only in cases of rape or incest, or if the pregnancy constitutes a danger to the mother.

Man shot in stomach after shooting arrows at police
On Wednesday, a 25-year-old man was shot by police in Dannemare in the southwestern part of Lolland. The 25-year-old is charged with punching another man in the chest and subsequently shooting several arrows at two police officers. The man was shot in the stomach and flown to Rigshospitalet by helicopter for treatment. He is in a stable condition.