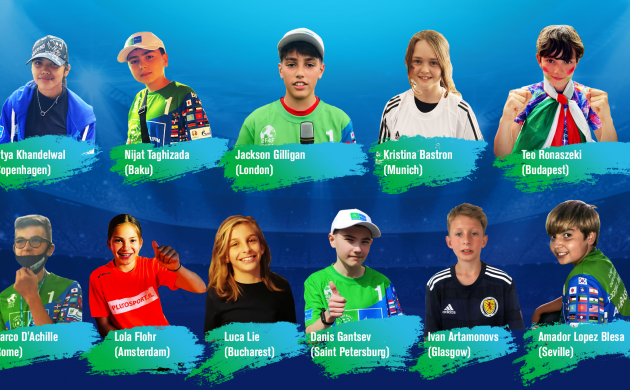 She was chosen out of 12 young journalists invited by Gazprom to cover matches at Parken – a jury decision based on the standard of her assignments, which included writing a match report, a lifehack on mobile journalism, predicting who would win the Goal of the Tournament award, and overall performance during six online classes.

Khandelwal will along with her ten co-winners (see list below), each from a Euro 2020 co-host, attend a ceremony in late August, where the Goal of the Tournament award will be presented by Czech player Patrick Schick for his long-range effort against Scotland.

“Extremely tense” competition
It is expected at the ceremony that one of the eleven will be crowned the F4F EURO 2020 News Bureau best young journalist.

“The competition was extremely tense. That’s why we have decided to mark the outstanding results of the following participants,” commented Gazprom after revealing its selection.

A number of runners-up were also announced, earning them a special laureat. From Copenhagen, Jesse Kamara was selected.

The Goal of the Tournament award is a unique honour initiated by Gazprom in the framework of its partnership with European Championship.