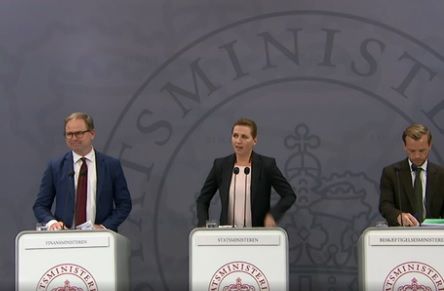 Last month the government pledged it would begin tightening the financial screws in the wake of the splurges required during the COVID-19 pandemic.

This morning, at a press conference just moments ago, the government revealed a new reform proposal aimed at doing just that.

Among the key elements of its ‘Denmark can do more 1’ proposal, the government seeks to increase share taxation from 42 to 45 percent for gains over 56,500 kroner.

“For too many years we have done many a disservice by not making demands of them,” said PM Mette Frederiksen.

“We want to push a new labour logic that conveys you have a duty to contribute and be useful, and if you can’t find work, then you must work for your benefits. If you don’t show up in the morning, you don’t get your benefits.”

The government hopes the initiatives will push an additional 10,500 people into the labour market by 2030 – a goal that will also be attained by ushering in a new ‘dagpenge’ model that would see the newly unemployed be given a high rate, which will then be decreased over time to encourage more people to find work.

More work for SU recipients
In the SU student benefit arena, the government will increase the amount that students can earn while on SU to encourage more to work while studying.

Frederiksen underlined that the Danish economy was performing exceptionally well, particularly in light of the pandemic, but things can still improve.

As the proposal is named ‘Denmark can do more 1’, it can safely be presumed that similar proposals will surface in the future.

Now the government will need to negotiate with the rest of the parties in Parliament to reach an accord on its proposal.

That could prove a challenge with Socialistisk Folkeparti and Enhedslisten already voicing displeasure with certain points of the proposal.