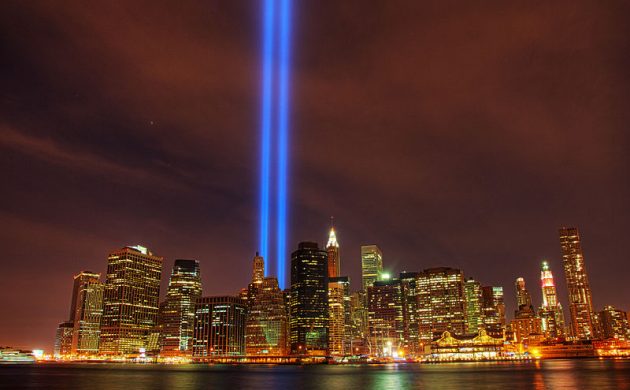 For a great number of people, 11 September 2001 was one of those rare days that they will always remember where they were and what they were doing when they heard the news.

Or rather, SAW the news.

Older generations no doubt experienced something similar when JFK, MLK and John Lennon were killed. But those images of 9/11 seem to hit harder – the haunting images in New York City forever seared into the mind.

It’s no different for PM Mette Frederiksen, who released a statement on the 20th anniversary of the tragic day when 3,000 people lost their lives in the twisted carnage of the Twin Towers.

“Today is one of those few days that everyone will remember decades later. Twenty years ago, an ordinary day that was split in half by terrorists. The Twin Towers in New York collapsed. The Pentagon attacked. Thousands of innocent people were killed. The world changed,” she wrote on Facebook.

“Today is an important reminder about what we have been fighting for the last 20 years. Against terrorism. And for the values we believe in: Democracy. Equality. Freedom. Community. Currently, we now see a deeply unfortunate situation in Afghanistan. That must lead to reflection. But the fight against terror has not been in vain. Today we remember the victims of September 11 and all the brave people who have thrown themselves into battle against the cowardly nature of the terrorists over the past 20 years. My warmest thoughts and respect to all of you and your loved ones.”

Cover of the day goes to …
As one would expect, 9/11 was the key element of the news day in the Danish media yesterday, which was mirrored on the covers of numerous major newspapers.

Perhaps the most memorable attempt, perhaps drawing inspiration from Frederiksen’s call for reflection and the ongoing situation in Afghanistan, was Berlingske newspaper’s incorporating September 11 into a massive domino effect with the 11 representing the Twin Towers, followed by lines and lines of 1s waiting to tip over.

The cover (see below) was simple, albeit likely considered contentious by some, and striking.

In truth, the domino situation depicted had been in motion long before 9/11. And the bricks will no doubt continue to topple long into the future, in spite of the recent Afghanistan exodus.