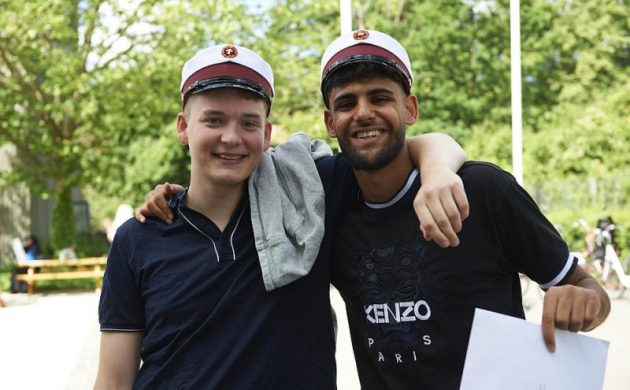 The figures would appear to suggest a cultural divide between certain communities and the rest of Denmark (photo: piopio.dk)
September 14th, 2021 11:15 am| by Ben Hamilton

Originally it was July, then August and briefly September. But then we bought a whole load of vaccines from Romania.

The country’s full of anti-vaxxers, apparently, but we weren’t complaining, as we switched our vaccination completion date back to August – now with young teens (ages 12-15) onboard.

But in hindsight, the Romanian episode should have been a warning, as Denmark has somewhat stalled in recent weeks between 75 and 76 percent of the nation being partially protected from corona (73.3 percent are fully covered).

Only the problem isn’t anti-vaxxers – they’re something of a minority here – it’s what the Danish media like to refer to as ‘indvandrere’.

Cultural differences?
At CPH POST, we’ve always been reluctant to follow the lead of most Danish media, and the government, by labelling ‘indvandrere’ as immigrants.

Culturally, though, many Danes will argue there is a divide between many of the immigrants (and their descendants) and the rest of society, and recent figures pertaining to how many ‘indvandrere’ have been vaccinated would appear to suggest they have a point.

According to Statens Serum Institut, only 38.8 percent of people with Somali heritage in Denmark have been vaccinated, along with just 40.7 percent of Lebanese and 45.2 percent of Syrians.

Of course, the 100 percent figure would include all children under the age of 12, so the figures are more representative of one in two, as opposed to four out of every ten, but it still a long way behind the national average of three out of every four.

Virus not colour-blind
Søren Brostrøm, the head of the Sundhedsstyrelsen health authority, saw it coming.

“The virus is colour-blind. Everyone can be infected. So get vaccinated. It’s not dangerous,” he pleaded back in August.

And now Venstre has taken up the mantle.

“This is not good enough,” contended its health spokesperson Martin Geertsen to BT.

“There seem to be a lot of myths about vaccines in these environments. It is not possible for us to have such a large population group that goes beyond the community in this way.”

Urban myths doing the rounds
The ‘myths’, it is reported, include claims that the vaccination can make you infertile. Others believe it will make you chronically ill, and others that it will change your DNA.

The ‘means’ to get vaccinated are very much in place. Mobile units have been visiting housing estates and since the weekend the jabs have been available at a select number of supermarkets.

Dansk Folkeparti is ready for tough action. “You have to make demands now. For example, to require that you are fully vaccinated if you need a residence permit in Denmark. It must be something that can be felt in the everyday lives of these people,” argued its spokesperson Peter Skaarup to BT.

Meanwhile, SSI former head Nils Strandberg Pedersen is frustrated that herd immunity is still a long way off despite the country’s best efforts.

“We reckoned 90 percent would gain immunity, but this is pulling in the wrong direction. You are simply a danger to others if you are not vaccinated,” he told BT.