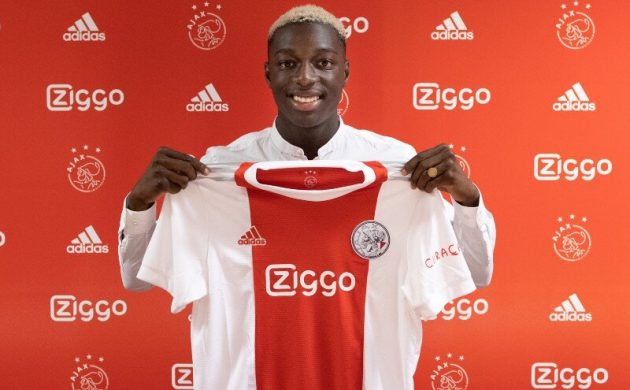 This year, (very) young Superliga players have been sold in series all over Europe.

The transfer of Kamaldeen Sulemana from FC Nordsjælland to Stade Rennais – worth between 112 and 150 million kroner – is the biggest sale in Danish football history.

“I think we can be proud of the fact that we can ship players for such large sums. Foreign countries have realised that Danish football can really develop talent”. Superliga is “a seal of quality,” said Mads Junker, a football expert with TV 2 Sport.

According to Transfermarkt, total sales in the Superliga are around 545 million kroner, but perhaps even more, taking into account bonuses and transfer clauses.

Market at the right time
For Henrik Tønder, the head of Vejle Boldklub, which sold young striker Wahid Faghir to Bundesliga outfit Stuttgart for around 50 million kroner said “the overall objective has been to create stability in our finances”.

Rasmus Klarskov Storm, head of research at the Sports Analysis Institute, confirmed the economic turmoil linked to the pandemic.

“The football economy is booming again after COVID-19. It is very likely that there has been a loss of revenue, so clubs may have made extra efforts to sell players to bring in money this summer,” said Storm.

Rune gives Denmark a miss
Young tennis player Holger Rune is taking a break from the national team. Ranked 145th in the world, the 18-year-old Dane has given up his spot on the Danish team ahead of an upcoming Davis Cup match against Thailand. Rune said  he wanted to crack the top 100 in the world rankings, a position that ensures direct qualification for the Grand Slam tournaments.

Fulgsang done with Astana
The 36-year-old cyclist Jakob Fuglsang will end his long stint with  Kazakh racing team Astana, with whom he had ridden for nine years. He explained that he was convinced that he could not reach his best level and has signed with Australian outfit BikeExchange starting in 2022. He will be the second Danish rider in the team, joining Christopher Juul-Jensen.

Zanka heads to London
Mathias ‘Zanka’ Jørgensen has transferred to Premier League upstarts Brentford on a free transfer for a one-year contract (one year option). The move comes in the wake of the former FC Copenhagen defender’s contract with Fenerbahçe being terminated. The 31-year-old has won 35 caps for Denmark and was a member of the Denmark team during Euro 2020 and the 2018 World Cup in Russia.

Johan PP makes it twoDanish rider Johan Price-Pejtersen won the Under-23 European Single Start in Trento, Italy, completing the 22km course in 25 minutes and 35 seconds. Riding for the Uno-x team, this is the second time the 22-year-old has won the title.

Dreyer’s delightful debut
Anders Dreyer enjoyed a memorable beginning to his time with Russian club Rubin Kazan, by scoring a hattrick on his debut. He opened the score less than two minutes after kickoff and got two more in the second half to help secure the 4-1 victory. It is the first time in Russia topflight history that a player scores a hattrick in their first game. Dreyer signed from FC Midtjylland last month.

Braithwaite out until 2022
Following his injury against Getafe on August 28, Barcelona striker Martin Braithwaite will now undergo surgery on his knee. The injury forced him to withdraw from the international matches at the beginning of September, and some media are reporting that he will probably be out for four months.

Oiled up for success
The Danish squad for the Cycling World Cup is complete. Anders Lund has finished his selection for the road race, with Mikkel Bjerg, Andreas Kron and Mads Würtz Schmidt the last riders selected. The coach said “we are obviously not the only strong team. But […] there is still a chance for a Danish world champion”.

Sepp calls it a career
Former Danish national team coach Sepp Piontek has finally retired from football at the age of 81! The German, who helped turn around Denmark’s national team fortunes back in the early 1980s and led Denmark’s legendary 1986 side, had coached the Denmark Old Boys team for tow decades. Piontek said farewell in style, with 13-0 victory in a friendly.

DBU eyes Parken relocation
The national football association DBU has announced that it wants to move the team’s headquarters from Brøndby to Parken Stadium – FC Copenhagen’s 38,000 capacity ground. A working group has already received a sum of 2 million kroner from Copenhagen Municipality and Parken Sport & Entertainment to begin investigating a possible relocation. Logistically, the move makes sense as the national team plays most of its home games in Parken.