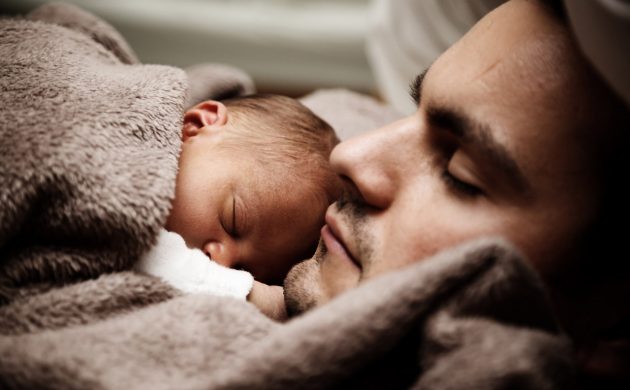 Liberal Alliance is dismayed by the new rules set out in the government’s proposal for a more equal allocation of parental leave, which would penalise couples if the mother or father is unable to take eleven weeks off from work.

Previously, couples were given a total number of weeks to share as they saw fit, but now each partner must take 11 weeks, with the rest shared.

LA: How about the grandparents?
LA spokesperson Alex Vanopslagh argues that it is not an area that should be “hijacked by gender equality policy”.

“There should be no earmarking at all. It must be completely down to free choice, so that the child is the one in focus. You might have grandparents who need to have a share of the leave,” he reasoned to DR.

“This is not about career women being able to realise themselves. It is about children having a safe and good time with the family

Backed by blue bloc allies, but not Venstre
Konservative and Nye Borgelige are also against the proposal, which is thought likely to pass with the help of the government’s red bloc allies and Venstre.

“We are not excited. We basically believe that families should have as much freedom as possible to plan the parental leave, so that it makes sense according to each individual family,” Konservative spokesperson Mette Abildgaard told P1 Morgen.

“The consequence, if the father does not have the opportunity to take the earmarked weeks, is that the maternity leave is lost. It is an unnecessary encroachment on the family’s freedom.”

However, Venstre approves of the proposal. “Basically, it is really good for children, as they have the opportunity to be with both their mother and father,” said their spokesperson Fatma Øktem

Catching up with the next generation of East African Innovators
The development minister, Flemming Møller Mortensen, recently presided over a debate day organised by the UN World Food Program WFP and DTU, which invited four entrepreneurs from Ethiopia, Uganda and Kenya to present innovation projects they have been working on as part of the Next Generation East African Innovators scheme. “The world needs innovation in the food sector. Some 800 million people today live below the hunger line, and we need new ideas if we are to solve the problems by 2030. I hope the collaboration between WFP and DTU will help us get more young innovators so we can create bigger food safety and avoid famine,” commented Mortensen. Among the projects are sustainable vanilla production, biscuits made from horse beans and barley that improved children’s nutrition, and one to introduce fish ponds at the Kakuma Refugee Camp in Kenya.

Few Danish jobs advertised abroad compared to Sweden and Norway
Danish companies and organisations are hopeless at advertising jobs on pan-European job databases, compared to their Scandinavian counterparts. Despite a huge abundance of jobs in Denmark, and 14.6 million unemployed people in the EU, many are failing to take advantage of freedom of movement. For example, just 2,902 jobs in Denmark are posted on the EURES database, compared to 38,814 vacancies in Norway and 60,000 in Sweden.

Record jumps in producer price and import price indexes for goods
In August, the producer price index for goods increased by 12.8 percent – the largest leap since September 2008 when the country was beginning to recover from the Financial Crisis. The biggest contributors were energy supply and raw material extraction. Meanwhile, the  import price index for goods rose by 9.6 percent in August – the largest increase in the history of the index.

End of the line for Danish energy trader
Nordstrom Invest filed for bankruptcy on September 7. The energy trader is reported to be the victim of an unprecedented rally in energy prices across Europe, which has already seen several energy traders in the UK cease trading. Others, though, have made huge profits speculating on the likes of natural gas and carbon futures. Nordstrom Invest was founded by Stefan Barkholt Ovesen in 2016.

Burmeister & Wain Energy bought by Uruguayan company
Danish biomass boiler manufacturing company Burmeister & Wain Energy has been acquired by Berkes, which views the purchase as a chance to “position itself as a first-line company in the sector across the whole of Europe.” The Uruguayan engineering company – which has operations in Montevideo and Madrid, overseeing projects in 18 countries in Europe, South and Central America, and Asia – specialises in construction, along with industrial, electrical and energy assemblies.

Swedish forest industry group Södra launching CLT framing in Denmark
Swedish forest industry group Södra is this month launching its cross-laminated timber (CLT) framing in Denmark. “We are seeing a large interest in Södra’s CLT outside Sweden, and Denmark is the first step in our international establishment,” explained Kenny Holm, the Södra  marketing manager for Denmark, to lesprom.com.