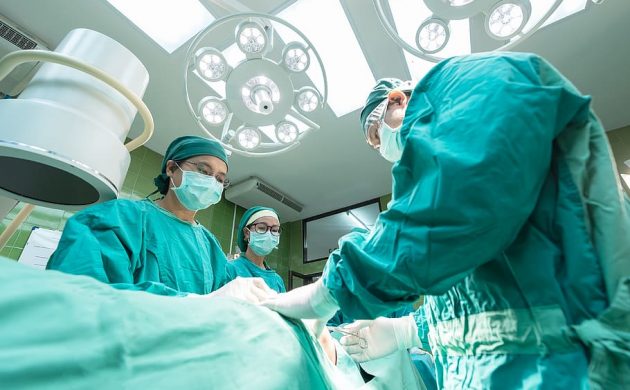 The first appearance of necrotizing fasciitis on Danish television, via the documentary ‘de kodaedende bakterier’, raised a lot of awareness of a disease whose symptoms are often overlooked.

The documentary featured many examples in which patients with the flesh-eating disease, which is contracted via a carnivorous bacteria, were turned away by doctors.

The disease can be fatal if left untreated.

Sundheldsstyrelsen on the watch
But now DR reports that Søren Brostrøm, the head of the Sundhedsstyrelsen health authority, wants to collaborate with the regions to ensure people with the disease are treated quickly.

He has therefore revised guidance procedures for emergency doctors throughout Denmark.

Removal and antibiotics
The symptoms of necrotizing fasciitis vary, but most sufferers experience grave pain in the affected area, along with fever, shivering and vomiting.

The best way to treat it is to remove the infected tissue and put the patient on a course of antibiotics.

Concerns that more Binge Eating Disorder sufferers are untreated
Around 45,000 people in Denmark suffer from Binge Eating Disorder, and up until three years ago therapy was available. However, since its withdrawal in 2018 due to budget concerns, it is feared that many sufferers are going untreated. Dansk Folkeparti and Venstre are both battling to make the support available again.

Danish food companies demand more money for green practices
Four of Denmark’s biggest food companies – Arla, Danish Crown, DLG and Danish Agro – have written an open letter to the government asking for more funding to enable more green practices in their industry, along with more investment in agriculture. The funds, they argue, will enable them to compete more globally.

BioNTech/Pfizer vaccine safe for 5 to 11-year-olds
BioNTech/Pfizer claims that its vaccines are safe for children aged 5-11. Following their second jab, its tests showed that the children had just as many antibodies in their systems as adults did.  BioNTech/Pfizer is currently only allowed for over-12s. Now it intends to ask the European Medicines Agency for clearance to jab all children over the age of five.

Danish vaccine doses donated to Morocco
According to the development minister, Flemming Moller Mortensen, Denmark has donated 115,000 COVID-19 vaccine doses to Morocco. The donation was initiated by Covax, the international alliance working towards a fair global distribution of vaccinations. However, Doctors Without Borders claims that Denmark could have sent more and criticises its hoarding mentality.