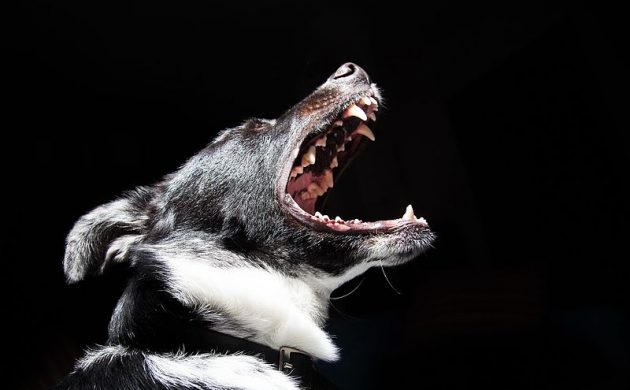 There have been fewer reported dog bites in Denmark this year, which begs the question: are Danish dogs becoming calmer, or are Danes becoming less prone to making insurance claims?

In 2020, 6,507 dog bites were reported to insurance providers – slightly less than the year before.

But, according to figures from Forsikringsoplysningen, a total of 28.5 million kroner was paid in compensation – 3 million kroner more than the year before.

While there are fewer dog bites, the average insurance payout has risen. It now works out at around 4,400 kroner per claim. So, is the change down to the owner or the pet?

Like peas in a pod
The answer may be a mix of the two. It’s a common belief that dogs, to some extent, reflect their owners.

In a study published in the journal Applied Animal Behaviour Science, researchers asked dog owners to rate themselves and their dogs on five major personality aspects.

The five traits were neuroticism (a tendency towards feelings like anxiety and fear), extraversion, conscientiousness, agreeableness and openness (creativity and curiosity).

Non-confrontational owner, non-confrontational pet?
Overwhelmingly, owners responded that they share all five personality dimensions with their dogs. When the owner-pet duos were assessed by independent peers, they also rated them as sharing all five traits, except for openness.

Perhaps then, the conventional bias that Danes are non-confrontational holds some sway in the recent dip in dog-violence.

Far more trucks on the roads today than ten years ago
The number of lorries on Danish roads has increased by an average of 26 percent over the last ten years, according to Jyllands-Posten. Most noticeably, Kolding has seen an increase of 58 percent and Horsens 40 percent. Some 37.5 percent more lorries crossed Storebeltbroen in 2020 than in 2010, according to the Danish Road Directorate.

Fantastic harvest for Danish vineyards after Indian summer
Danish winemaker Simon Hedegaard had an “awfully good” harvest at Hedegårdens Vinavl in Skødstrup this year. Recently, Danish winemakers have become accustomed to warmer spring weather but the season got off to a bad start with a colder-than-usual May. However, high temperatures in August and throughout September have raised spirits in Jutand, where Hedegaard farms a one-hectare plot of 3,000 vines north of Aarhus. “Usually I harvest a small bottle per vine, but it will probably be one and a half this year,” said Hedegaard, who is trying to prove that it’s possible to make proper red wine in Denmark. Denmark’s wine-producing credentials are short but growing: some of the best known native grapes include the hardy white Solaris and the red Cabernet Cantor.

Mikkel Irminger Sarbo is Radikale’s new national chair
Radikale has elected Mikkel Irminger Sarbo to replace Svend Thorhauge as its new national chair. He pipped the party’s current deputy chair, Clara Halvorsen, and a third candidate, Christian Holm Donatzky, to the post. In Radikale, the national chair is separate from the political leader. Sofie Carsten Nielsen remains the party leader in political contexts. Sarbo will instead be responsible for the party’s organisation. Sanne Klietsch, meanwhile, is the new deputy chair.

Vestas closes factory in Esbjerg
Wind turbine group Vestas is terminating production at its Esbjerg factory, which employs a staff team of 75. Because the wind turbine parts produced in Esbjerg are primarily sold in countries outside Europe, Vestas will shift production of these parts to local factories. In addition, production in the German Lauchhammer and Spanish Viveiro sites will be closed. The two factories have 460 and 115 employees respectively. “We are deeply invested in investigating the possibilities of moving our colleagues, who will unfortunately be affected by the cessation of production at our factories in Lauchhammer, Viveiro and Esbjerg, elsewhere within the Vestas company,” said the chief executive, Tommy Rahbek Nielsen.

50 percent increase in emergency rescues on Danish coasts
The helicopter rescue service has been working at full throttle responding to emergencies on the Danish coast, where domestic holidaymakers have been getting into danger while swimming in the sea. In 2019, the rescue services executed 431 rescue operations, but in 2020 the number rose to 642 – an increase of close to 50 percent, according to the Rescue Council, which registers and assesses the rescue service’s efforts. In 2021 so far, the emergency responses have been called out out 410 times. The high figures are blamed on an increase in visits to swimming spots since the start of the pandemic.