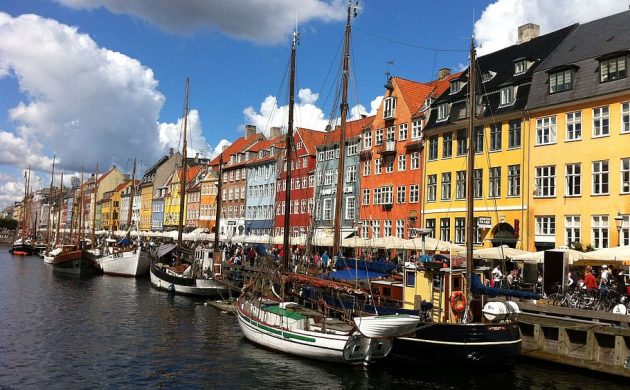 Danish people accounted for 1.1 million overnight stays in August – a 12 percent rise on 2020, and the eighth month in a row that a new national record has been set. Corona has resulted in a record number of Danes holidaying in Denmark.

Nevertheless, it was still the second highest total ever. In total there were 10.3 million overnight stays by foreigners between June and August – just shy of the 10.6 million in 2020.

Promising number of autumn bookings
In total, there were 14.7 million stays until the end of August, just shy of the all-time eight-month record of 15.1 million in 2019.

However, an all-time annual record could be on the cards as bookings for the rest of the year, September to December, have risen by 3 percent on last year: 9 percent among Danes and 2 percent among Germans.

Inflation remains steady in Denmark despite a jump elsewhere
While the inflation rate continues to soar across the EU, Denmark only saw a small rise in August: up from 1.7 to 1.8 percent. The average across the EU is 3.2 percent – up from 2.5 percent in July, which represented the largest month on month increase since November 2011. Inflation in the eurozone rose from 2.2 to 3.0 percent. Much of the increase has been attributed to the rise in charges for fuel and electricity. Lithuania, Poland and Estonia had the highest rates of inflation, at around 5.0 percent, and Malta the lowest, at 0.4 percent.

Nationalbanken cautious about housing as it revises GDP prediction
Nationalbanken predicts that Denmark’s GDP for 2021 will end up rising by 3.3 percent. It now has a more optimistic outlook based on several factors, including the number of people in work. There were just 109,000 jobless people in July – a figure that the central bank believed wasn’t achievable until 2023 not so long ago. It remains cautious, however, about the housing market, warning there “is a risk of a self-reinforcing and unsustainably strong recovery with increased indebtedness”.

Slight rise in income tax payments
The average taxable person in Denmark paid 93,183 in income tax for 2020 – an increase of 5.1 percent on the previous year. People in Gentofte, Rudersdal and Hørsholm paid the most: on average around 150,000 kroner. In total, the nation’s taxable income was 1.2737 trillion kroner while income taxes amounted to 450 billion.

TV2 champions Lego’s dominance over rivals
A TV2 business article highlights how Lego’s latest interim turnover of 23 billion kroner, for the first half of 2021, almost surpasses the combined revenues of rivals Hasbro (12 billion) and Mattel (14.3 billion). Lego’s turnover was almost double that of the first six months of 2020.

Arla anxious to recuperate more of its crates to cut emissions
For every milk crate handed into Arla, the dairy producer will make a donation of 5 kroner to Arla Fondens MADlejr, which teaches children aged 12-14 about healthy food and sustainability. Arla is concerned the crates are not being returned following deliveries. Every year it emits around 825 tonnes of CO2 producing 300,000 new crates, and it would like to reduce this. Most commonly, the crates are retained for use in interior design and as toys.