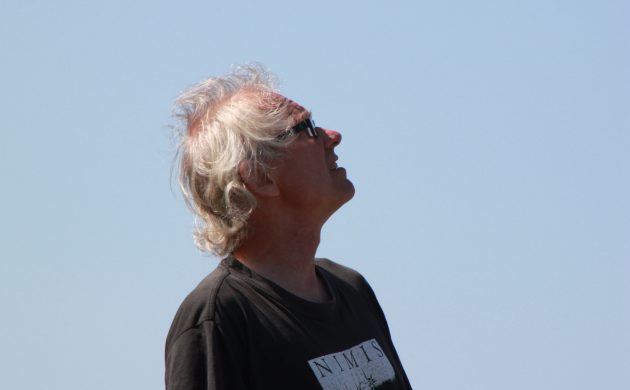 Controversial artist Lars Vilks, the Swedish cartoonist whose appearance at an event at the Krudttønden theatre in Østerbro on 14 February 2015 was targeted by the orchestrator of the Copenhagen Terror Shootings, died yesterday in a traffic accident in southern Sweden.

The 75-year-old was under police protection at the time, travelling in an unmarked vehicle that collided with a truck.

Two police officers also died as a result of the collision.

The Swedish authorities do not suspect the incident was not a complete accident.

Marked man since 2007
Vilks was primarily a marked man in the Islamic World for a cartoon published in 2007, produced out of solidarity with the 2005-06 Cartoon Crisis caused by drawings published in a Danish newspaper Jyllands-Posten.

While those drawings had depicted the Prophet Mohammed in human form – all visual representations are considered as blasphemous by Muslims – Vilks depicted the founder of the faith as a dog with a human head.

Like it did to the 2005 drawings published by Jyllands-Posten, the Islamic World reacted angrily.

The terror group al-Qaeda subsequently offered a 100,000 US dollar bounty for his murder.