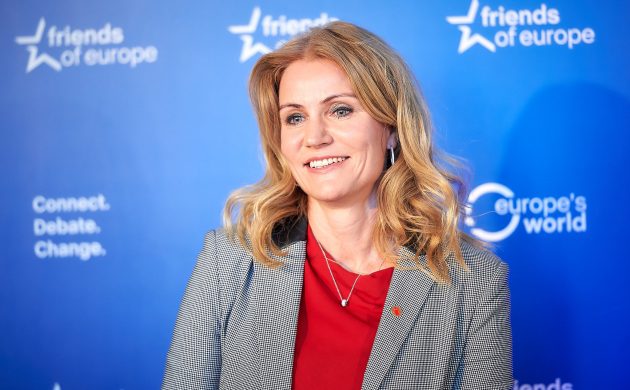 Former Danish PM Helle Thorning-Schmidt has accused Valéry Giscard d’Estaing, the president of France between 1974 and 1981, of fondling her thigh at a dinner at the French Embassy in Copenhagen in the early 2000s.

At that time, D’Estaing was in his late 70s but still active in politics as the president of the European Convention. He died last December at the age of 94.

Before his death a number of women accused him of inappropriate behaviour – allegations fiercely denied by the Frenchman’s lawyer.

“I name the former French president Valéry Giscard d’Estaing because I think he can stand it,” she told ‘21 Søndag’ on DR yesterday.

“I’m pretty sure it’s something he’d done before. He has also sadly passed away, so he is no longer with us.”

Can happen to any woman
Thorning-Schmidt was on ‘21 Søndag’ to drum up interest in her new book, ‘Blondinens betragtninger’ (the blonde’s considerations), which addresses feminism and #MeToo and is released today.

She had not previously wanted to air her experience at the hands of D’Estaing because she did not want to sound like a victim talking about her vulnerability.

However, she is worried the #MeToo movement is stalling and hopes her book can convey how all women can be subjected to inappropriate behaviour, regardless of their vulnerability or standing.

“There is not one ‘kind’ of woman who experiences this – we all actually do,” she said.

“Now is the right time to speak out because I also want to emphasise the large number and range of women who have had bad experiences.”

“I got over it … on the same day it happened … so it’s not something I spent a lot of energy on,” she added.

Thorning-Schmidt is adamant she does not know a single woman who has never experienced some kind of inappropriate behaviour.

“I hope we can keep this discussion alive. I’m a little concerned it’s just disappearing,” she said.

Since stepping down as PM and leader of Socialdemokratiet following her defeat in the 2015 General Election, Thorning-Schmidt served as the CEO of Save the Children until 2019. Today she has a number of directorships, including a seat on Facebook’s supervisory board.