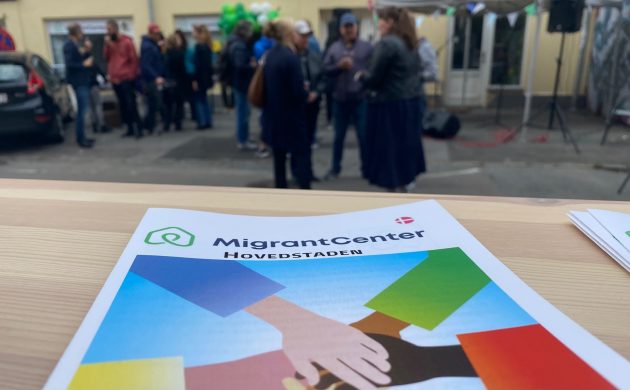 The MigrantCenter in Nørrebro could finally celebrate its housewarming on Saturday 18 September. The centre, which opened at the end of 2019, organised the event under the pillars of welcome and solidarity. Migrants and volunteers came together to share experiences and stories between the pavements of Bregnerødgade, as convivial exchanges brought the project back to life after one and a half years of a restrictive pandemic 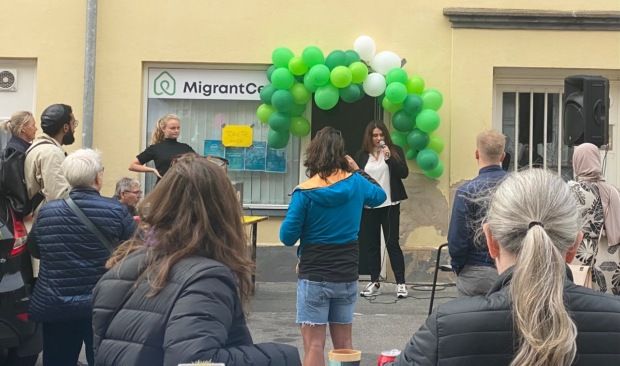 MigrantCenter manager Zahra Roustamova (giving speech above) explained the central objective: “Foreign and Danish workers must have the same conditions in the labour market. We fight against social dumping. When migrants come here, you can see the desperation in their eyes. So we try to make them feel better and that brings us satisfaction. Of course there are political aspects, but we will always be a humanitarian organisation. I don’t think it’s a question of changing the law, it’s about thinking and consideration” 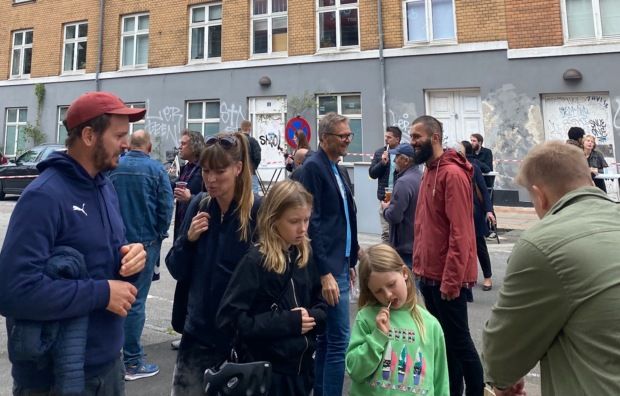 David, one of the 15 volunteers, has helped migrants to make friends in the labour market. “I saw how they were handicapped by their foreign status. They are more likely to be exploited,” he explained. For David, the aim of MigrantCenter is to welcome people who have had bad experiences and give them information and solutions. “I hope that MigrantCenter  will be able to connect the diasporas and become the intermediary of reference for these populations in the Danish labour movement. We are a translator for them” 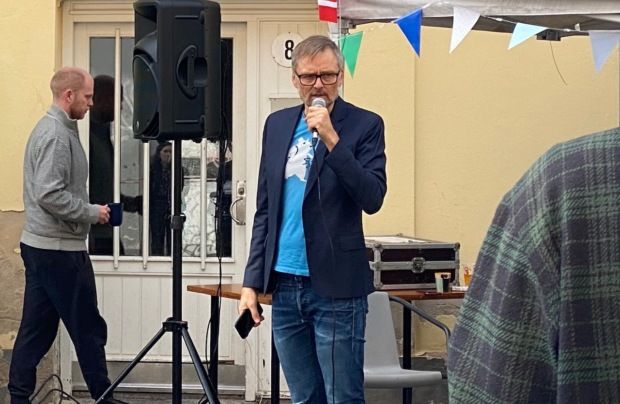 According to MigrantCenter board member Morten Goll (pictured above), it must be ensured that “everybody in the Danish market will get fair treatment”. Even though the pandemic posed a big threat to its future, Morten is pleased with the strength MigrantCenter has shown: “We opened in the middle of the corona period. I am proud that the project is still in place because it was discouraging to think that nobody would need us because migration was reduced, there was less job hunting and most people were working at home” 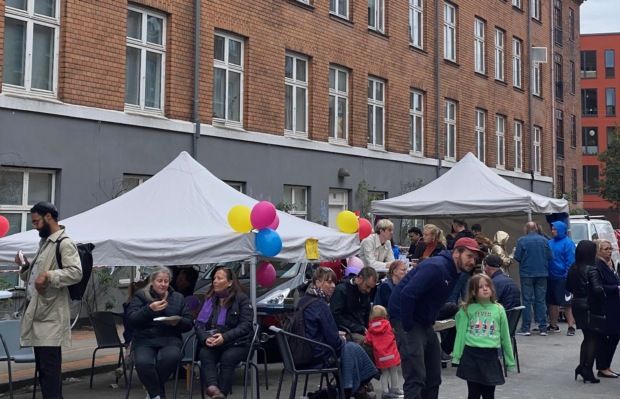 Pablo from Portugal and Ryan from Indonesia came along out of curiosity. They wanted to meet fellow migrants and to understand what this association can concretely do for people like them. “Navigating the rules for non-Danish people is quite difficult: you can easily be in a bad situation. We have a lot of challenges,” they said 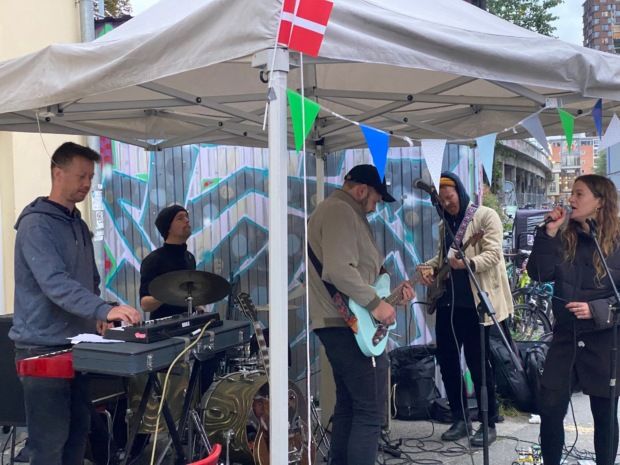 Tuhaf’s lead singer Berrin Baş (right in image above) was highly motivated to perform: “When I was a little girl I was already familiar with this kind of initiative, so it was really important for me to come here today. My parents emigrated to Denmark from Turkey in the 1970s, and we play music that embodies eastern cultures and European rock. That’s what inspires us”