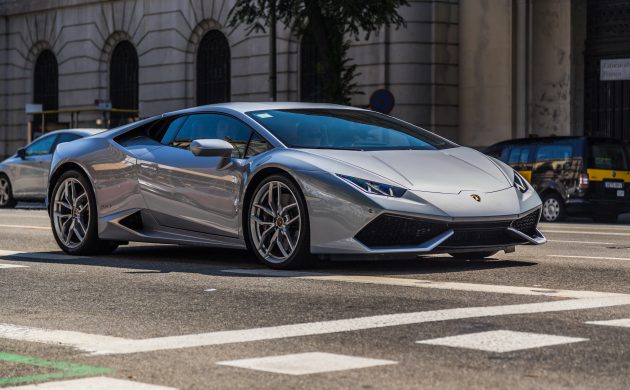 For the police driving this ‘Baby’ back to the station, it was time for a homage to Ferris Bueller’s Day Off (photo: Ben/Flickr)
October 12th, 2021 10:04 am| by Ben Hamilton

There’s no excuse for speeding: it dramatically increases the chance of an accident and it endangers lives.

But maybe there are a few exceptions.

Like that moment when you’ve just bought a new supercar and there’s a seemingly deserted stretch of motorway ahead and you decide to find out “exactly how fast this baby will go”.

READ MORE: Week of ‘Fartkontrol’ ahead … but speeding is no laughing matter, say police

Clocked at 236 km/hour
In the case of an Iraqi national living in Norway, this is exactly what happened late last week as he approached the ferry port near Hjørring in north Jutland, reported Nordjyske newspaper on Friday.

Just hours earlier he had bought a new Lamborghini Huracán just south of the German-Danish border for 2 million kroner.

When he was stopped by police, he was doing 236 km/hour.

“It was a little bit sad for him,” Jess Falberg, the on-duty officer, told Nordjyske.

It ended badly … very badly
You know what’s coming, right? Yes, his brand new Lamborghini, which he’d only owned for a matter of hours, was confiscated by the police thanks to a change in the law that kicked in on March 1.

Between March 31 and September 2 they seized 510 cars in cases of reckless driving, charging 623 individuals in a total of 586 cases.

The police are able to seize vehicles in cases when driving is judged to endanger other people’s lives, regardless of ownership, and sell them at auction with the proceeds going to the Danish coffers.

The driver will also face a ban and a hefty fine.