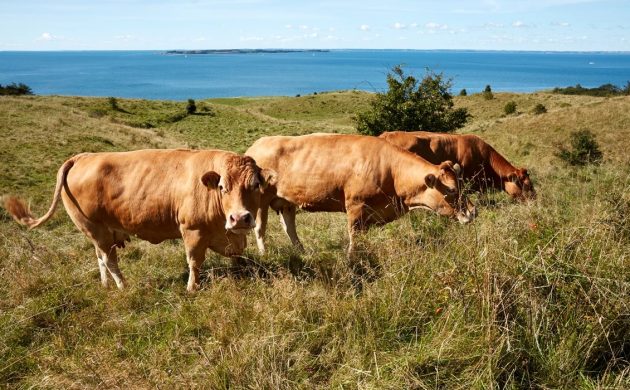 Jais Valeur, the CEO of Danish Crown, predicts that steak will shortly join champagne and caviar as a luxury food due to the extra climate-associated costs needed to bring it to the market, he tells Berlingske.

While Danish Crown claims it has taken giant strides with its efforts to reduce the carbon footprint of its pork production – claims that have been disputed – beef is a much tougher challenge, concedes Valeur.

“Beef is not going to be very climate-friendly. It will be a bit like champagne: so namely a luxury product,” he said.

“We will still have production, but the production of beef and veal will be sourced from dairy cattle, calves and beef cattle that graze in the meadow and add to the biodiversity. Beef cattle will become a luxury product that we eat on special occasions.”

Ambitious aims
As part of its climate goals, Danish Crown wants to reduce its meat production emissions by 50 percent by 2030, and to be climate-neutral by 2050.

It is committed to all its sustainability initiatives being driven by knowledge and data.

Three of its largest production facilities are on target to become climate-neutral by May 2022.

“We will announce in detail how we intend to achieve the goals, and we will publish data on how things are going. We will strive to become the most transparent meat producer in the world,” he told Berlingske.