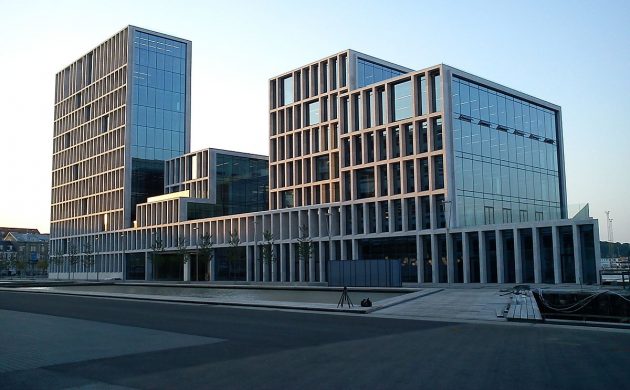 The Danish clothing giant Bestseller has handed out mass bonuses to all of it employees: the equivalent of an entire extra month’s salary along with their usual November pay slip.

Why the early Christmas gift? After a turbulent year of COVID-19 shutdowns, the company wants to recognise the employees’ “great team effort” during the pandemic adversity.

“We have undeniably been through some challenging months, but we have fought back strongly. Everyone had a share in it and we would like to acknowledge that with a gesture. We are so grateful that we stand where we stand now,” explained Anders Holch Povlsen, the owner and head of Bestseller.

In total, Bestseller has distributed around 300 million kroner between 17,000 employees.

Rolling in it
The past year has been extremely lucrative for Bestseller. From August 2020 to July 2021 the Danish fashion group made a pre-tax profit of 4.6 billion kroner.

It was the highest in the company’s history and took Povlsen by surprise: “It has been a remarkable year, which has surprised many, including ourselves.”

In the past financial year, Bestseller sold 26.4 billion kroner’s worth of clothing – almost 2.3 billion more than the year before.

Music industry loses over 3 billion in revenue in 2020
In 2020, concert and festival organisers saw revenue fall by 52 percent, according to figures from Dansk Live, IFPI, Koda, MXD, Gramex, Musikforlæggerne and Dansk Erhverv. The whole industry saw a 35 percent dip in turnover compared to 2019, with live music the biggest loser. Danish ticket sales fell by 51 percent compared with the previous year, while festivals lost as much as 97 percent of their ticket sales in 2020. Revenues from streaming grew significantly from 2019 to 2020, but recording revenue will nonetheless experience an overall decline as artists’ royalties from playing music in hotels, nightclubs, restaurants, hairdressers and fitness centres fell drastically due to closures under the COVID-19 restrictions.

EU agreement secures almost 1.7 billion kroner for Greenland
On 5 October, almost 1.7 billion kroner of the EU budget for the period 2021-27 was allocated to Greenland. The funds will be used in the fields of education and green growth. In addition, Greenland will be eligible to apply for various other funding pools. Denmark, in close co–ordination with Greenland, handled the concrete negotiations with the other EU member states.

East Jutland manager makes Fortune’s ‘Top 50 Businesswomen’ list
For the third year in a row, Helle Østergaard Kristiansen, the head of the Danish energy trading house Danske Commodities, which is headquartered in Aarhus, has made Fortune Magazine’s list of the 50 most influential businesswomen in the world. She ranks 25th and is the only Danish woman on the list. She is responsible for 350 employees at one of the largest trading houses in the world in the energy sector, where women make up less than a quarter of all managers. As head of Danske Commodities, she has, among other things, negotiated a contract with the UK’s Dogger Bank to supply 6 million households with green energy.

Vestas aids Morocco in illegal expansion of occupied West Sahara
‘Greenwashing Occupation’, a report released by the NGO Western Sahara Resource Watch (WSRW), has revealed that Morocco is illegally expanding into occupied Western Sahara, building solar and wind energy fields with assistance from Danish green energy giant Vestas. The report also names various corporate departments from the Danish companies Deugro, Global Wind Service and ALL NRG. The Western Sahara area is designated by the United Nations as the last non-decolonised territory on the African continent, and the report criticises the UN climate agency UNFCCC for tacitly accepting that Morocco’s green profile and efforts to meet the goals of the Paris Agreement are being delivered at the expense of the rights of the Sahrawis – the people of Western Sahara.

Danish pension funds used to help bribe militia during Syrian civil war
More than 100 million kroner of Danish pension funds was invested in the French cement producer LaFarge, which is being investigated by the Supreme Court for complicity in crimes against humanity during the Syrian Civil War. From 2012-14, LaFarge paid armed militias to enable the transport of staff and goods through the war zone and to keep the company’s cement factory in the Jalabiya area in northeastern Syria open.

Nemlig.com owner must improve working conditions or lose city contract
The company Intervare, which owns the online supermarket Nemlig.com, has been given until November 1 to introduce a new work-model for its drivers, which measures up to the City of Copenhagen’s work clause. If it fails, Intervare is in danger of losing its contract to supply goods to elderly and vulnerable citizens. Intervare is currently receiving daily fines of 7,200 kroner, which will continue until it reimburses its drivers, who according to the municipality have been underpaid. The crux of the issue is that the municipality claims that the collective working-rights clause covers the owners of the transport companies with which Intervare has agreements. Intervare believes, however, that the owners are not covered because they are not employed.