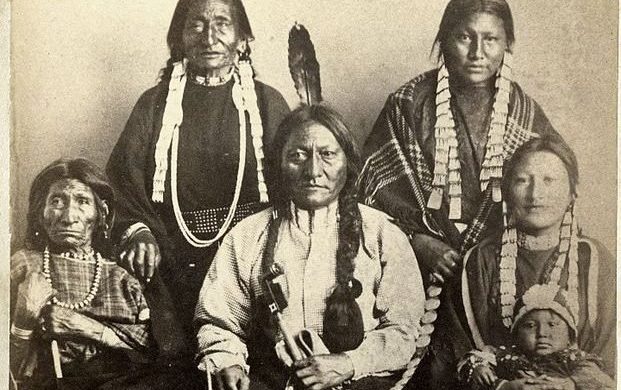 Using an advanced DNA-testing method, a research team led by Eske Willerslev, a professor at Cambridge and head of the Lundbeck Foundation GeoGenetics Centre at the University of Copenhagen, has mapped the genetic heritage of the legendary Hunkpapa Lakota chief Sitting Bull.

The results confirm that Ernie LaPointe – the famed head of the Lakota tribe – is indeed, as he has always claimed to be, the great-grandson of the great Sioux  leader.

Sitting Bull is one of the most significant figures in Native American culture and history. A symbol of opposition to white supremacy, he along with Crazy Horse and their Native American allies defeated General George Custer and his forces at the Battle of Little Bighorn.

A great honour
Professor Willerslev – who had admired Sitting Bull as a hero since childhood – said he “almost choked on [his] coffee” when he read a magazine article claiming the chief’s ancient hair and leggings had been returned to LaPointe.

“I wrote to LaPointe and explained that I specialised in the analysis of ancient DNA, and that I was an admirer of Sitting Bull, and I would consider it a great honour if I could be allowed to compare the DNA of Ernie and his sisters with the DNA of the Native American leader’s hair when it was returned to them,” said Willerslev.

New method cracks DNA code
The hallowed lock in question is 130 years old. Such damaged DNA is not easy to work with.

“The traditional DNA-based methods simply did not work well enough. We had to develop a new method where we estimate the extent of Sitting Bull and Ernie LaPointe’s genetic similarity based on the sparse data from Sitting Bull,” explained Willerslev.

Usual DNA testing relies heavily on the male Y chromosome, but with LaPointe claiming to be related to Sitting Bull on his mother’s side, the researchers developed a different analysis technique based on “autosomal DNA” – a non-sex-specific DNA that people inherit from both mother and a father.

Contesting the burial site
LaPointe wants the right to decide where Sitting Bull’s mortal remains will finally be buried. “Over the years, many people have tried to question the relationship that I and my sisters have to Sitting Bull,” he said in a news release.

Currently, there are two official burial sites for Sitting Bull, one at Fort Yates in North Dakota and one at Mobridge in South Dakota – but LaPointe contests that the sites are neglected, and that his great-grandfather’s remains are being commercialised.

The new genetic confirmation together with historical documents such as birth certificates may strengthen his legal position.

Danish children only getting a third of recommended fish intake
Children between the ages of 10 and 17 get only 105 grams of fish a week – about a third of the 350 grams recommended by the Danish Food Administration. But it’s not because they dislike it. Researchers at the University of Copenhagen conducted a survey of 669 Danish children aged 11 to 13 and found that 70 percent agreed or strongly agreed that they like fish, while 15 percent responded that they did not like it. The study concludes that parents should serve more fish at home.

Socially disadvantaged childhood far more likely to be hospitalized
New research by the University of Copenhagen, published in The Lancet Public Health, shows that children from socially-disadvantaged families are overrepresented in hospital admissions compared with other children. Vulnerable children have a 30-90 times greater risk of being admitted to hospital, according to data from more than half a million Danish children born between 1994 and 2001. The hospitalisations of most young children are largely due to respiratory diseases, infections and nerve diseases. Older children were more at risk of accidents and poisonings and, in young adulthood, psychological disorders.

Meningitis: Researchers find possible treatment without antibiotics
The brain infection meningitis can cause fever, headache, confusion, seizures, amputations or death. To recover, a patient must be treated within 24 hours of becoming ill. The World Health Organization estimates that there are close to 3 million cases a year – bacterial meningitis being the most concerning. This type requires antibiotic treatment, but in a new study on rats, researchers from the University of Copenhagen and Lund University succeeded in killing bacterial meningitis infection using the body’s own immune cells instead of antibiotics. The team hopes to launch an international clinical study to investigate further.

Coronavirus: New protein analysis can predict severity of infection
A study by the University of Copenhagen has shown that the analysis of so-called flower proteins, found on the surface of cells, can accurately predict the severity of a course of coronavirus infection. The study’s author Professor Rajan Gogna explained that flower proteins are biomarkers for cell-health, which directly correlates with COVID-19 outcomes. Cell health in the upper and lower airways is affected by age, insulin signalling, diabetes and high blood pressure. The proteins can be detected using a standard COVID-19 nose-test and has so far predicted coronavirus hospitalisation with a 78.7 percent accuracy and non-serious courses with a 93.9 percent accuracy.

Enzyme discovery paves way for new breast and ovarian cancer treatment
Women with certain mutations of the BRCA2 gene have an increased risk of breast and ovarian cancer. In a new study, researchers from the University of Copenhagen have discovered that BRCA2 requires a specific enzyme, PP2A-B56, to repair cancer-related DNA damage. The result may pave the way for a more targeted treatment in cancer patients with mutations in BRCA2. The report is published in Nature Communications.

Denmark’s space research success sees project extended to 2025
The Danish space observatory ASIM (Atmosphere-Space Interactions Monitor) was scheduled to be dismantled and destroyed, but the ESA (the European Space Agency) together with the Danish Agency for Education and Research has chosen to extend the space mission to 2025. Since its launch in 2018, ASIM has been measuring thunderclouds and their electrical activity across the globe to better understand how lightning is created and how thunderstorms affect the stratosphere and climate. The extension is due to exceedingly good research results.

Rwandan wild gorilla population at risk of COVID-19
A study of captive lowland gorillas has confirmed they can be infected with COVID-19, but until now it has been unclear how wild gorillas fare. A study by the University of Southern Denmark and colleagues from the Dian Fossey Gorilla Fund have simulated the likelihood of an outbreak in a population of wild mountain gorillas in Volcanoes National Park in Rwanda. Some 2,000 simulations, using the same epidemiological factors that affect the disease dynamics in humans (reproduction rate, fatality rate, and immunity likelihood), based on data from 396 gorillas studied between 1967-2018, resulted in a population collapse within 50 years in 71 percent of scenarios. Researchers recommend vaccinations and masks when visiting the park, along with the regular testing of gorillas.