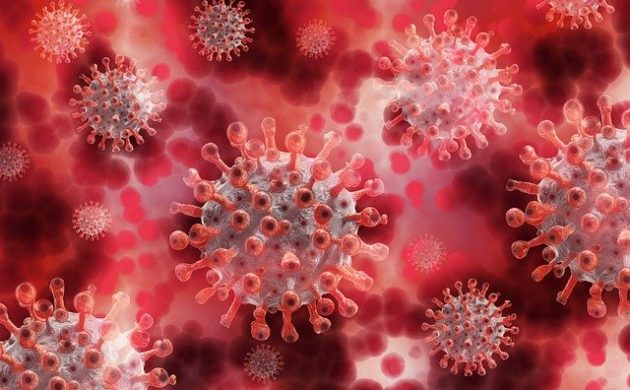 Earlier this afternoon it was confirmed that there have been 1,981 new corona infections over the last 24 hours – the highest number since January 4.

There are now 255 people hospitalised – an increase of seven since yesterday – of whom 32 are in intensive care and 15 on respirators.

High incidence in western suburbs
No information about the people in hospital has been disclosed, but it is thought that a disproportionate number are not vaccinated and from Copenhagen’s western suburbs.

Statens Serum Institut recently confirmed that the ten municipalities with the highest rate are all in the Capital Region: Ishøj, Glostrup, Albertslund, Brøndby, Fredensborg, Frederiksberg, Hvidovre, Rødovre, Copenhagen and Ballerup.

The Capital Region has increased its testing capacity in the areas – most notably in the western suburbs where vaccination levels are low compared to the rest of the country.

Uneven playing field for people with social needs
The amount of money spent on the social needs of people in Denmark – for example, helping people with disabilities, mental illnesses or substance abuse problems – varies according to what municipality they live in, claims a report compiled by FOA, a trade union for public sector workers. For example, in Dragør Municipality, only 14,472 kroner per person has been spent in 2021 so far, compared to 54,721 in Lolland. Dragør also fares badly when the figures are compared historically, as since 2018 it has been subjected to a 5 percent decrease. Some municipalities, in contrast, have seen rapid rises, including Gentofte (up 17.1) and Samsø (36.4). In total, the municipal cost of such needs has risen by 80 million kroner since 2018.

Help for homeless
A new governmental initiative, ‘Everyone must have a home’, seeks to drastically reduce the number of homeless people in Denmark. Some 680 million kroner is being set aside to subsidise the rent of 2,900 public housing units (1,200 existing and 1,700 new) between now and 2026, so tenants do not have to pay 3,500 kroner per month. This could include a shake-up of the criteria for living in one of the country’s 500,000 public housing units, as some tenants pay rent considerably below their means. There are officially 6,500 homeless people in Denmark, although it is quite common to omit foreigners from the total. In a similar vein, municipal assistance tends to be reserved for Danes only.

Blood donations in freefall
The number of blood donations in the Capital Region has been in freefall this past month. One of the problems is that not enough registered blood donors are showing up: some 30-35 percent profess they don’t have the time. Normally the figure is just 5-8 percent. The same trend can be seen in Region Zealand (25-33) and the Region of Southern Denmark (18-20). As a result, the Capital Region only has two-thirds of the blood it needs. Cancer treatment uses the most blood (39 percent of all donated), followed by cardiovascular and lung diseases (20) and patients who suffer a huge loss (12).

Human remains could be from Viking Age
The remains of a human being were recently discovered in the southern Zealand village of Udby near Vordingborg, but no foul play is suspected. It is believed instead that the skeleton might date back to the Viking Age. A local woman noticed a disturbance in the earth near the forest trail she was walking, cleared some loose soil and realised she was looking at a human skull. Halloween had come early! She contacted Museum Sydøstdanmark and they have since confirmed that the partial skeleton (the bottom half is missing) is a 60-year-old man with really bad teeth.

No digital posts for four days at end of November
The people of Denmark will receive no digital posts between November 26 and 29 due to an overhaul of the current system that requires a massive transfer of data. Two of the days are over the weekend.