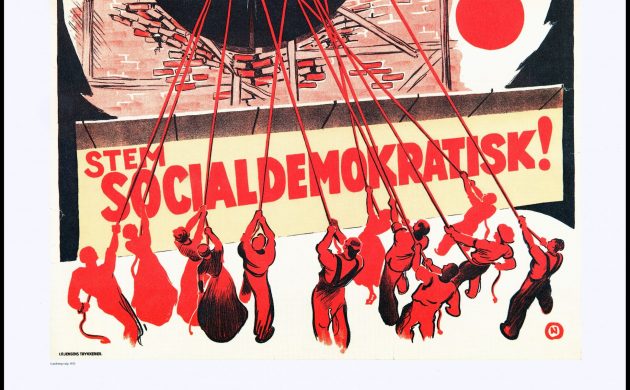 What are the chances of witnessing the chain of office proudly emblazoning the chest of a brand new blue centre-right mayor?

None – if the experience of the last 83 years is anything to go by. As Copenhagen’s best-loved mayor, HP Sørensen, wittily observed: “When things have gone down the pan, you can be absolutely certain to find a social democrat sitting there!”

Until 1938 there was no official mayor of Copenhagen. A governor appointed by royal decree chaired meetings of the City Council. Constitutional reforms created the post of mayor and in March 1938, Socialdemokraterne endorsed veteran local politician Viggo Christensen as its prime candidate for the post.

Since then, the good citizens of Copenhagen have never known anything other than a S mayor – apart from, that is, Hellen Hedemann from Socialistiske Folkeparti, who held the post for two whole days from 25-26 October 2004. 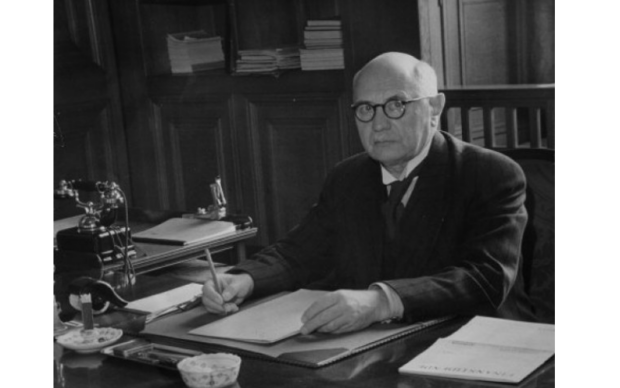 With working class roots, Christensen’s path to power was by no means easy. Opposing him were PJ Pedersen and Peder Hedebøl, the candidate with the highest profile. During the campaign a scandal involving fraudulent activity in Copenhagen’s meatpacking district emerged. Questions were asked in the S newspaper, and fingers were pointed at the political administration and especially Pedersen. Soon after, Pedersen was forced to retire from both the campaign and politics.

During 1938, the newspaper ‘Socialisten’ published an increasing number of articles highlighting how badly the financial affairs of Copenhagen had been run. The articles had the desired effect, and Hedebøl bowed to pressure and threw in the towel.

Christensen therefore became the unopposed lord mayor, although his eight years in power were largely spent during the Nazi occupation. 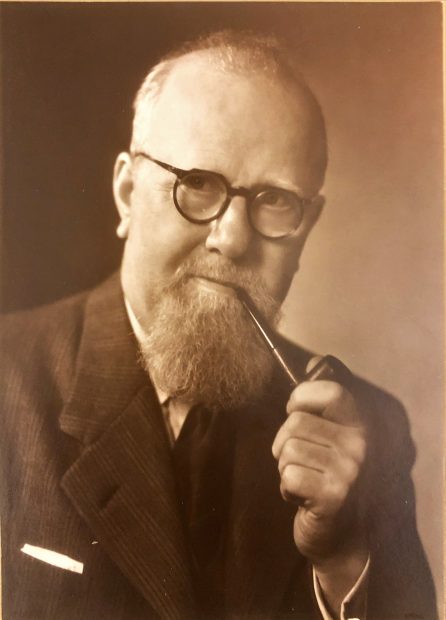 Copenhagen’s next mayor was none other than HP Sørensen, the journalist who had played a vital background role Christensen’s election. In 1941, he had refused to publish pro-Nazi articles and had been forced to resign his post as editor of the S newspaper.

Sørensen’s tenure began in 1946. His trademark beard made him a popular figure among cartoonists. Sørensen was not one to turn down a party invitation, and although his term of office is not remembered for new initiatives and outstanding achievements, he can certainly be described as Copenhagen’s most charismatic lord mayor. 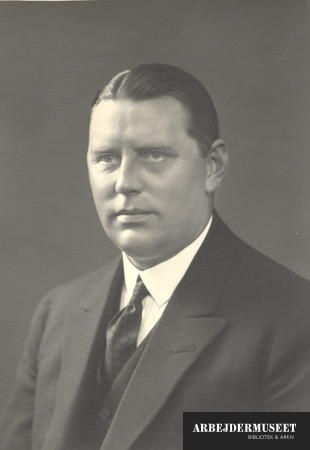 Sigvard Munk’s 18 years as the deputy mayor for social affairs made him an ideal candidate to take over from Sørensen. Munk was responsible for taking the initiative to save the precious Torah scriptures from the Germans during an October 1943 round-up of Jewish citizens. He had them smuggled out of the synagogue in Krystalgade in an ambulance and held in safety at Trinitatis Church for the duration of the war.

Munk took firm control of the city’s finances and initially raised tax levels, which he was later able to lower again, as well as reducing Copenhagen’s debts as the nation entered into an era of recovery from the hard war years. 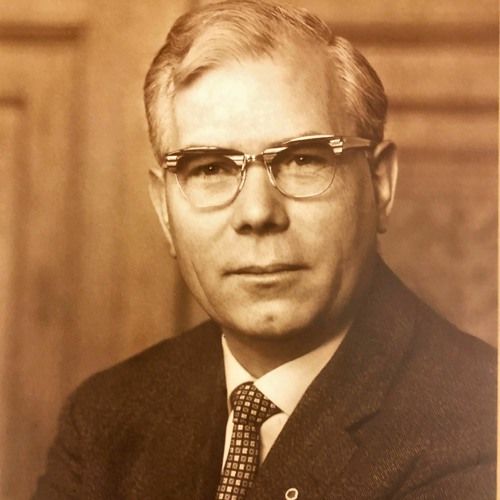 Next up was the aptly-named Urban Hansen, whose 14-year leadership was characterised by slum redevelopment. Although his ambitious vision of 25,000 new residences for Copenhageners didn’t quite come to fruition, more than 4,500 new dwellings in Amager (Urbanplanen) and Bronshøj came some way to improving the city’s accommodation problems.

Arguably the spiritual architect of the current developments in Ørestad that began six years after his death in 1992, the Hansen administration will also be remembered for replacing trams with a network of city buses.

With 25 years’ experience at City Hall, Egon Weidekamp was the natural replacement for Hansen. The new mayor was the prime mover in a ruthless housing redevelopment policy, which involved old rental properties in Copenhagen being systematically torn down. Confrontations with squatters followed, as young homeless people who had occupied empty properties were evicted – often in violent battles with police. In 1982, Weidekamp gave the troublesome squatters the use of the landmark Nørrebro building Jagtvej 69. 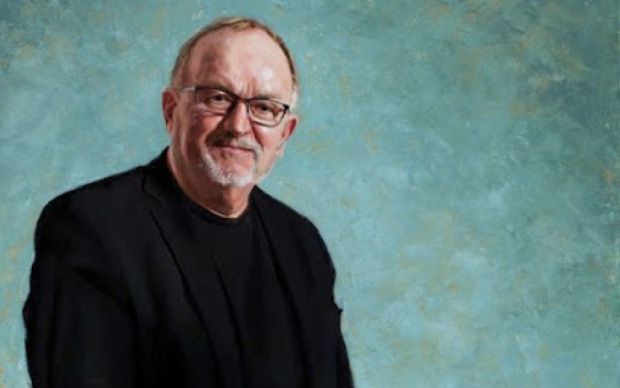 Jens Kramer Mikkelsen holds the undisputed title of longest serving mayor, having served from 1989 to 2004. In 1989, Copenhagen was not in the best of shape, with high unemployment and numerous social problems.

During his tenure, the Ørestad and Metro projects were kick-started, and around 20,000 council properties were sold to the occupants as housing co-operatives.

His time at the top was not completely controversy free: a 50,000 kroner prize awarded to him by an estate agent’s fund in 2001 was publicly promised to the homeless, but reportedly spent on a family trip to Australia.

His increasing business connections in the Ørestad development were making it hard for him to be seen as impartial, and he announced his resignation in  September 2004. 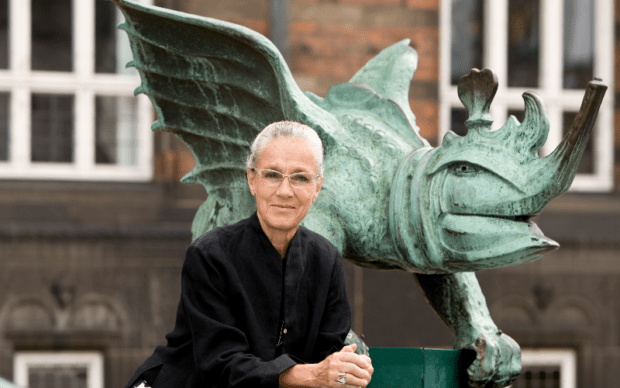 Lars Engberg’s 13-month period in charge was basically a matter of keeping the seat warm for Ritt Bjerregaard. He oversaw the sale of public utility Københavns Energi (KE) to Dong – the 6 billion kroner proceeds went directly to the prestigious City-Ring project.

With a background as minister for education, Bjerregaard was already a well-known personality in Denmark, although with a somewhat chequered history; she was dropped from Anker Jørgensen’s government for problems with expenses at the Hotel Ritz in Paris in 1978.

Bjerregaard’s election promise of 5,000 new flats for a monthly rent of 5,000 kroner was something that would come back to haunt her. Jagtvej 69 became fodder for the national and international press, as massive protests and aggressive confrontations eventually led to the building being torn down. Bjerregaard left her post in 2009 after seeing her grand visions thwarted. 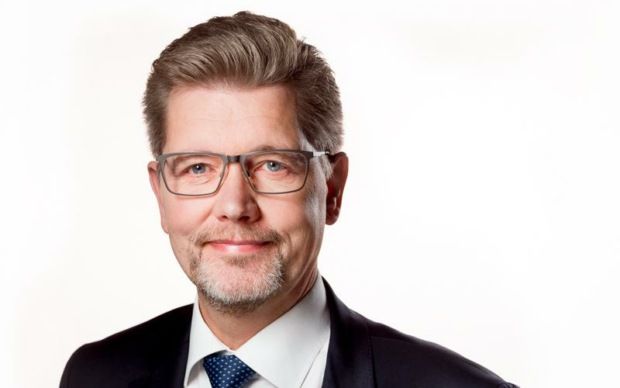 In 2006, when the two-way battle between Helle Thorning Schmidt and Frank Jensen for the post of new S leader ended in victory for the latter, the consolation prize three years later was the chance to become the new mayor of Copenhagen. A steadfast social democrat since his teenage years, Jensen had steadily risen through the ranks.

No stranger to criticising his own party, Jensen has also come out with progressive suggestions such as legalising the sale of cannabis to combat gang criminality as well as initiatives to improve conditions for the business community in Copenhagen. 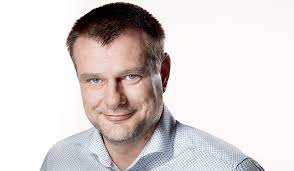 In the late summer of 2020, rumours began to circulate that Jensen’s days as Copenhagen mayor were likely numbered due to mostly historic cases of inappropriate behaviour about to resurface.

Following hot on the heels of the resignation of Radikale leader Morten Østergaard, there was little room to manoeuvre, and Jensen’s initial apology that he wanted to go from “being part of the problem to being part of the solution” failed to resonate. He left office within a week.

Right from the start, Lars Weiss insisted he was just the stand-in, as he had no intention of standing in 2021. Perhaps this took the pressure off a little bit, as he has had a quiet term of office – or at least compared to his predecessor 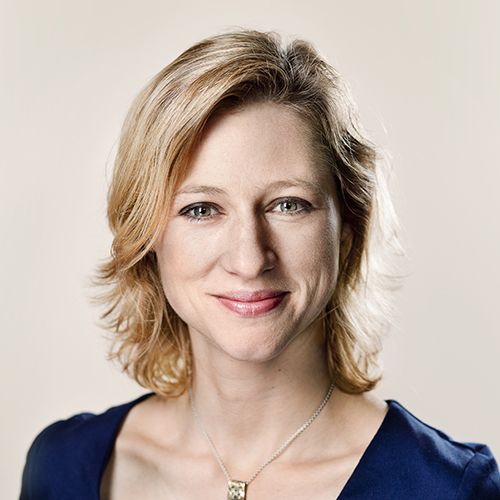 Sophie Hæstorp Andersen, the chair of the Capital Region January 2014, is the latest S candidate hoping to continue the tradition, but she faces a tougher challenge than before, with Enhedslisten running neck-and-neck in the polls thanks to strong support in districts like Nørrebro and Andersen’s home hood Vesterbo.

Enhedslisten’s preferred candidate is Line Barford, a former MP with political experience, who like Andersen was first elected in 2001. The party needed someone fast after Ninna Hedeager Olsen, the current mayor for technical and environmental issues, confirmed her intention to pack it in. In 2019, she took extended sick leave after a man was charged with raping a woman in her bed after a boozy night out. While the man was cleared at the high court, nobody’s really forgotten the episode.

Whether Barfod has enough clout to see off Andersen, a politician with ministerial experience, remains to be seen. It’s known that Enhedslisten wants to get confrontational – most particularly in the arenas of climate, housing, jobs and marginalised neighbourhoods – but that it might be better served with two of the other six mayorships, as leading City Hall from the far left can be a tall order when trying to reach consensus.

Besides, Andersen might have a trump card as she is unequivocally in favour of the legislation of cannabis. She wants to introduce a system similar to the way the Swedes sell alcohol. Election Day will reveal whether she can motivate enough potheads to leave the apartment to give her the extra hit she needs.