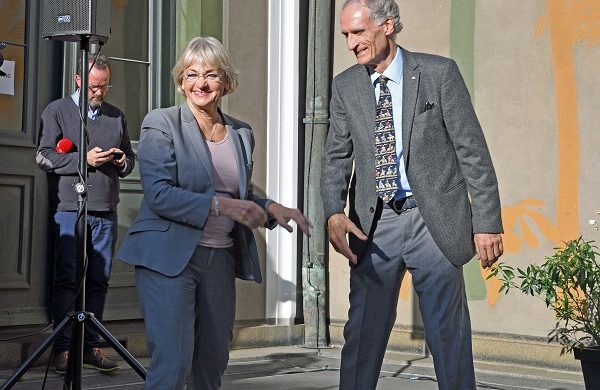 Dansk Folkeparti (DF) will unveil a new leader on January 23. According to its outgoing chair, Kristian Thulesen Dahl, interested parties have until January 7 to declare their interest.

Dahl is bidding farewell following a particularly disappointing municipal election result in which DF support fell from 8.8 percent in 2017 to 4.1 percent. He will not, however, stand down as an MP.

Since its incredible national election result in 2015 – in which DF won 21.1 percent of the national vote as the biggest party in the blue bloc, but decided not to form a government, as was its right – its popularity has been in freefall.

It started with its reluctance to govern in 2015. And then in 2019, Socialdemokratiet’s harsh immigration rhetoric dragged voters away, as did the emergence of a new far-right party, Nye Borgerlige.

The youngsters in contention
While there are possible candidates for the position, the timing probably isn’t right for three high-profile members of the party.

Deputy head Morten Messerschmidt still has a guilty verdict for fraud hanging over his head. His high court appeal won’t be heard until later next year, so he is probably ruled out of the running.

Martin Henriksen, the former immigration spokesperson, has just won a seat on the municipal council in Stevns, so it will require quite a turnaround.

And the youngster of the trio, Peter Kofod, is not a sitting MP either. He lost his seat in 2019 after four years in Parliament, and he is now an MEP.

Women with experience
Nobody doubts that the party’s founder, Pia Kjærsgaard, who benefited from the party’s great 2015 election result to become the speaker of the house, could return to shake things up again.

She referred to a possible return a few months ago, but officially she has said no … up until now.

This leaves Inger Støjberg, the former Venstre immigration and integration minister who is currently on trial at the Supreme Court for violating the Ministerial Accountability Act.

Last week, Dahl underlined the regard held for her in the party. “I hope that she will be acquitted in the Supreme Court. I hope she signs up. And if she does, she should be given a very prominent role,” he said.

Joker in the pack
Finally, if there is a joker in the pack, perhaps it is Carl Christian Ebbesen, the party’s organisational vice chair, who demonstrated his capabilities from 2014-17 as Copenhagen Municipality’s culture mayor.

When DF found itself in a position to form a government in 2017, most newspapers were struggling to envisage which DF members could capably serve as ministers.

The serving mayor was pretty much the first name on were pretty short lists.