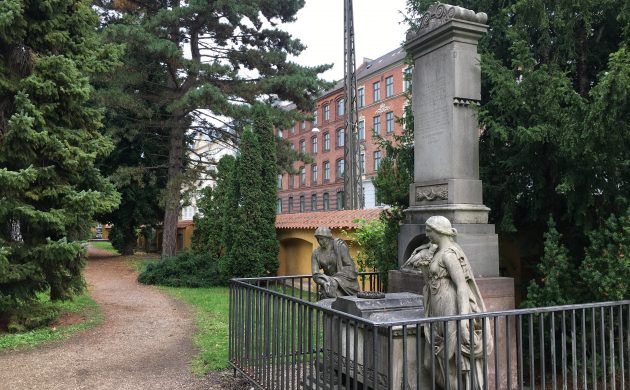 Talk about a lavish grave. It’s a wonder they didn’t advertise the jewels in Politiken (photo: Polly Davis)
December 26th, 2021 5:00 am| by Polly Davis

Happily, taphophobia – the fear of being buried alive – is a phobia on the way out. But in Copenhagen back in the 1700s, taphophobia was a definite thing – and for good reason, as the tragic case of Gietrud Birgitte Bodenhoff illustrates.

18th century ‘It girl’
In 1796 Gietrud was a girl with the world at her feet. She was a beautiful 17-year-old from a prominent family, engaged to be married to Andreas Bodenhoff – the son of one of the wealthiest and most influential merchant families in all of Copenhagen. Home for the happy newlyweds was the impressive Boels Gård at Nyhavn 20 and everything seemed to be set for a long and happy life together.

However, just two years after their wedding, bad luck struck and her young husband died. At the tender age of 19, Gietrud was now a widow – albeit one of the city’s richest. And her run of bad luck continued. Only a few years later, she suffered from a toothache, which developed into an infection that ended her life at the tender age of 19.  At the time, the cause of death was thought to be the infection and possibly an overdose of the opium drops she had taken to soothe the pain.

As was the custom, the funeral took place just days later and the body of the beautiful young widow was laid to rest next to her husband in the family grave in Assistens Cemetery in Nørrebro. This could have been the end of her tragic story had it not been for a speculative grave digger. 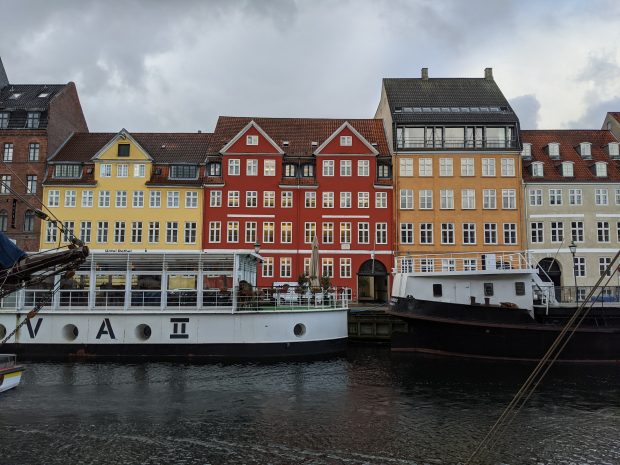 Revived then neutralised
The night after the funeral, he decided that the grave of such a wealthy widow could well provide an extra source of income. Under the cover of darkness, he opened the grave, used his lantern to check for any valuables and had his suspicions immediately confirmed. Gietrud had indeed been buried with her beautiful jewellery.

As can be imagined, the graverobber was wholly unprepared for this turn of events and was instantly seized with panic. At the same time, in spite of her bizarre situation, Gietrud realised the necessity of fast action and started pleading with her attacker for help to return to the land of the living. She promised him riches, wealth and even the chance of a new start in life in America. But in spite of her generous offer, and increasingly desperate entreaties, he killed her, sealed up her grave and left as fast as his legs would carry him.

Urban legend confirmed
Had the gravedigger not been so affected by the events of that night, this strange tale would have stayed in the grave with Gietrud. Yet throughout his life, he would allude to what had happened and on his deathbed he ended up confessing his grisly deed to a priest.

This fuelled ghoulish rumours that the grave had been robbed and the young widow murdered in her coffin – hearsay that persisted right up until the middle of the 20th century when in 1953 one of her descendants was finally given permission to dig up the grave and see if there was any truth to the story.

The grave was duly opened and to everyone’s astonishment the corpse of Gietrud was found lying in a contorted position. Her arms were stretched out by her sides and her legs were twisted, one under the other, as if she had been in a violent struggle – and there was no jewellery. Over 150 years later, the rumours that the tragic young widow had been buried alive and then robbed and murdered in her grave were finally confirmed.

To the modern mind, the events that led to the burial of Gietrud seem utterly incomprehensible. Yet back in the late 1700s, death itself was often surrounded by a degree of uncertainty. This was even more true if the person had been in a coma, as was probably the case with Gietrud who had been taking opium for pain relief. At the same time, the law stated that burials had to take place quickly after death, which didn’t make it any less likely that someone could be sent to rest in a live state. 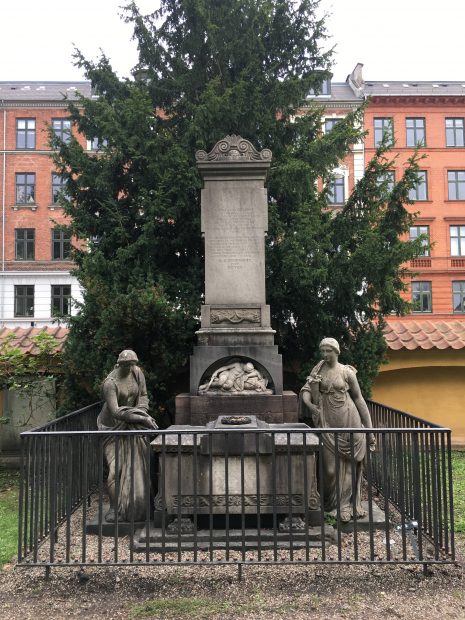 Yesteryear’s arachnophobia
That is why at the time of Gietrud’s death, taphophobia was a very real and common fear. In fact, the famous Danish fairytale writer Hans Christian Andersen was so worried about being buried alive that he left a note on his bedside table each night saying: “I only appear to be dead”. His logic was that if he was found incapacitated the next day,  his note would ensure his doctors did a thorough check. Alfred Nobel, the Swedish chemist and engineer, was also so terrified of being buried alive that he left a clause in his will demanding that the doctor who declared him dead had to slash his wrists before he could be buried.

In the 18th and early 19th centuries there were so many people who shared these fears of dying a second time in the grave that inventors spent time creating solutions. These so-called security coffins varied in design, but all had features enabling the ‘corpse’ to attract attention. The most primitive had a tube that protruded above ground allowing the body to firstly breathe and secondly call for help. Other security coffins were more sophisticated with feeding tubes, locks, keys and escape systems.

One variant even involved ropes attached to the body’s hands and feet that were linked to bells in the chapel. If the body moved, the person would be saved by the bell so to speak. But foolproof as it may sound, this design failed to take account of the fact that corpses often swell during the decomposition phase, which would cause the ropes to move and send out a false alarm.

Taphophobia fuelled by cases such as Gietrud’s finally led to the introduction of death certificates in 1829. Nobody could be laid to rest before such a document had been created stating a cause of death. These certificates were first introduced in the capital of Copenhagen and later spread throughout Denmark. However, this strangely lifesaving piece of bureaucracy came too late for Gietrud, one of the poor souls unlucky enough to suffer the misfortune of dying twice. 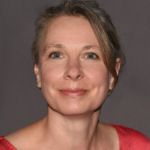 Polly Davis (@cornersofdenmark) was born in the UK and has lived in Denmark for over 20 years. When she is not researching stories to use on her guided tours of the city, she works as a freelance copywriter.