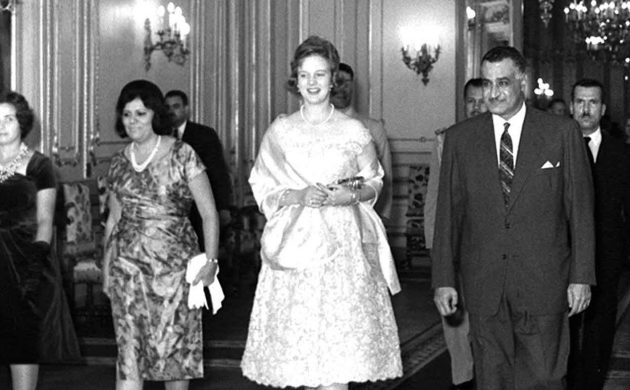 Britain has ‘The Crown’, the US had ‘The Comey Rule’ and the Vietnam War the 1968 gun-ho John Wayne vehicle ‘The Green Berets’ … all dramatisations of stories not yet completed.

And now Denmark will have one of its own following the news that ‘Margrethe’, a forthcoming musical biopic of its beloved monarch, will debut at Gamle Scene on 23 June 2023.

Let’s hope it won’t provide a kiss of death similar to the one given by Lifestyle Asia in a December 23 article in which it picked Betty White’s 100th birthday as one of its highlights of 2022.

It starts in 1940 … of course
Wow, what esteemed company! ‘Matilda’, ‘Mama Mia!’, ‘Miss Saigon’, ‘Mary Poppins’, ‘My Fair Lady’ and soon you will be able to add ‘Margrethe’ to the list, confirms the producer Mikkel Rønnow, who in recent years has worked on the David Bowie album adaptation ‘Lazarus’ and Beatles sing-a-long ‘She Loves You’.

Like a certain classic song, this musical starts at the very beginning: a royal maternity ward in 1940, with the Germans just days away from an unannounced stay that would end up lasting five years.

In total, four different actors will be required to play Margrethe through the ages – so not unlike ‘The Crown’.

Early word that Lara Stone, Anna Paquin, Madonna and Bugs Bunny might be involved has not yet been substantiated.

Capable team onboard
Thomas Høg, Lasse Aagaard and Sune Svanekier, the team behind the musical adaptations of the ‘Pillars of the Earth’ and ‘Skammerens Datter’ series, have been entrusted with creating the musical.

As well as Copenhagen, the musical will be performed in Odense and Aarhus.

Tickets are already on sale at margrethe-musical.dk.

There are no plans to translate the musical into English, but watch this space …