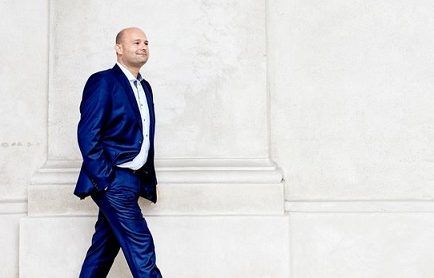 The bad outweighed the good in Parliament in 2021, as there was nothing exemplary to comment on.

It’s true that Konservative had a good local election, but it was more of a case of other parties having a terrible one.

In the shadow of misbehaving peers, a few politicians stood out for being tidy – mostly newly-appointed leaders still on their honeymoon.

Political convictions alright!
Flipping the coin, this year saw a record number of politicians in court.

Inquiries, an impeachment and fraud – while some managed to avoid it, the trial by media was no less forgiving.

The upshot? Some of our top five could have been in the bottom five had it been a cleaner year!

1 Søren Pape Poulsen
The leader of Konservative has surprised everybody. Mainly by doing nothing. He has been sitting on his hands, watching his support grow and grow. In itself it is a positive that a Konservative leader is a homosexual married to a non-white man. He is the living illustration of the liberal values absent across a political divide fighting tooth and nail to be the most austerity-driven on foreigners. With his party tied with Venstre in the polls, Søren Pape Poulsen is a serious contender to become PM after the next general election. Bookies slashed his odds from 10/1 to 7/2 after Konservative’s strong showing in the local elections.

2 Pernille Vermund
Some 25 years after a certain blonde-haired woman emerged on the far-right, another is finding her way. With more supporters than Dansk Folkeparti, the party of her natural predecessor, Pernille Vermund offers austerity without compromise. With the look of a smiling assassin, she is a beacon for those who are against everything. Whether this will bring her any real influence remains to be seen.

3 Sofie Carsten Nielsen
Radikale leader Sofie Carsten Nielsen spent 2021 being loyal to the PM, but there had been warning signs, so it was no surprise last week when she confirmed her party would not support a Socialdemokratiet majority government again. Intriguingly, she hinted that a future government could have ministers from both S and Venstre, or Konservative and SF, confirming our prediction that Radikale will be a decisive kingmaker at the next election – very possibly in Konservative or Venstre’s favour.

4 Alex Vanopslagh
He’s handsome and his name is hard to pronounce, and few can deny that Liberal Alliance’s 30-year-old leader Alex Vanopslagh has been making quite an impression. Common sense attitudes and sharp comments such as: “Corona did not kill the minks, the PM did” are helping to revive a party most had written off after the last election.

5 Mette Frederiksen
The PM enjoyed record airtime in 2021, chiefly at the helm of the corona storm, but also deflecting questions about deleted Minkgate texts.  With her pointed nose and schoolteacher hairdo, she’s told us what to do and we’ve clicked our heels and said “Yes Madam”. Overall, it says a lot about her success that she could go on a mysterious escapade trip to Israel, hand-in-hand with the corrupt Austrian chancellor, to visit a possibly corrupt Israeli PM.

1 Inger Støjberg
So stubborn was the former minister in her denial that she had done anything wrong by deliberately separating young couples in the refugee centres that she ended up with a sentence of 60 days in prison. She said she was protecting child brides, but the truth is that most of the married couples were no younger than many Danish couples. She has also been expelled from Parliament, thus completing an annus horribilis to rival the worst in history.

2 Naser Khader
Also expelled, but only from his party, is Nasar Khader, but then again, this isn’t the first time. So far he has represented three as an MP: Radikale, Liberal Alliance and Konservative! Accused of being a sex pest, the latter was quick to wash its hands. But several months later, he has not been convicted of anything, so don’t rule out a comeback. He remains an MP – unattached to a party for the time being – and there has been no talk of ousting him like Støjberg.

3 Morten Messerchmidt
The political career of the darling of Dansk Folkeparti was on the precipice approaching Christmas when we made this list, but since then he’s won the right to a retrial and all but won the DF leadership contest on January 23. Nevertheless, 2021 will not go down as one of his better years and few could see a way back following his conviction of fraud in August – a conviction now void after it emerged the judge was biased.

4 Kristian T Dahl
The resigning leader must bear the brunt of the responsibility for Dansk Folkeparti’s declining fortunes – a far cry from 2015 when it was the leading party in a blue bloc majority. The rot set in when DF declined the opportunity to form a government, and every year has seen its support weaken. In truth, the disastrous local election in 2021 only confirmed what we already knew: a party on its knees after misfire after misfire.

5 Kristian Hegaard
The disabled politician, the law and order spokesperson for Radikale, was a well-known profile in Parliament – after all, his presence required special installations for his wheelchair. But in August he resigned following a law and order incident of his own: drunk, disorderly, and his hands all over somebody else who did not appreciate it.