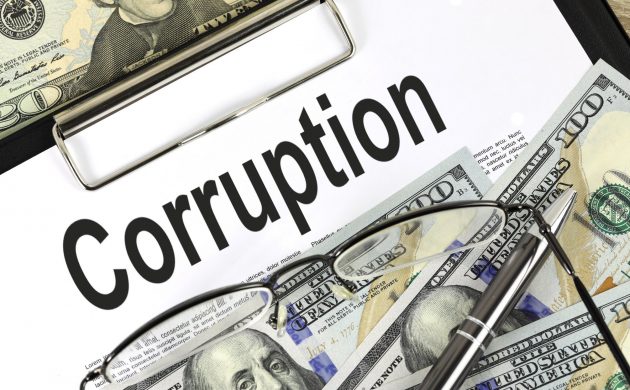 Equal first were New Zealand and Finland, and all three scored 88/100.

All Nordic nations in top 16
The index is based on surveys conducted with business leaders and experts regarding how corrupt they perceive a country’s public sector to be.

Blue bloc would lower amount limit, but not offer it to Muslim countries
The blue bloc has confirmed it would like the ‘amount limit’ – the salary that all non-EU recruits must mandatorily be paid – decreased from 445,000 to 360,000 kroner. It is believed the red bloc wants the limit lowered to just 375,000 kroner. However, the blue bloc would also like certain countries excluded from taking advantage of the new limit. Nye Borgerlige leader Pernille Vermund explained on Facebook that Muslim countries in North Africa and the Middle East should also not be included, “just countries we have a good experience with”.

Huge fall for Danish shares on Monday
The C25 index of the country’s 25 leading shares yesterday endured its sixth worst day since its creation in 2016: an overall fall of 3.5 percent. The worst hit were Bavarian Nordic, GN Store Nord and Debant, while the least affected were Danske Bank and Vestas.

Took the money and run artist counter-suing art museum
Jens Haaning, the artist who ‘took the money and run’, has been grabbing headlines left, right and centre since the Kunsten art museum in Aalborg confirmed its intention to sue him for not returning 532,549 kroner he borrowed to recreate two artworks. Firstly, it was reported last week that experts agree that his artwork,  ‘Take the Money and Run’, is far more valuable than the money Haaning is refusing to return. Secondly, Haaning has threatened legal action of his own, alleging that Kunsten has never had the right to “photograph the artwork or redistribute photographs of it”. It is unclear what has happened to the artwork since the exhibition ended on January 16. After all, Haaning took the money and ran.

Region to offer nurses a salary increase
The Region of Southern Denmark intends to give 4,500 hospital employees a salary increase. It has found 70 million kroner from its budget to reward selected staff – for example, nurses in emergency and intensive care units.

Man gets 15 months for stealing cash cards from shoppers
A 24-year-old Romanian man has been sent to prison for 15 months for stealing 250,000 kroner from mostly elderly women between 2016 and 2018. In total he stole from 25 victims. His modus operandi was observing their PIN number and then stealing their card whilst they were shopping. It is thought he will serve his time in Romania.

NHL legend retires
Frans Nielsen, who became Denmark’s first NHL player in 2007, has retired from the sport at the age of 37. He last laced up in the NHL last year, for the Detroit Red Wings, before finishing his career at Eisbären Berlin.

Wimbledon doubles champ retires
Frederik Løchte Nielsen, who won the Wimbledon men’s doubles championship in 2012, has retired. He is 38 years old. His last match was at the Australian Open, where he was knocked out in the second round.

All set for the Winter Olympics
Denmark will take its largest ever team to the 2022 Winter Olympic, which start on February 4 and will be broadcast across DR’s channels. Some 62 competitors will line up for sports such as speed skating, alpine skiing and biathlon. Denmark will enter men’s and women’s teams in both curling and ice hockey.