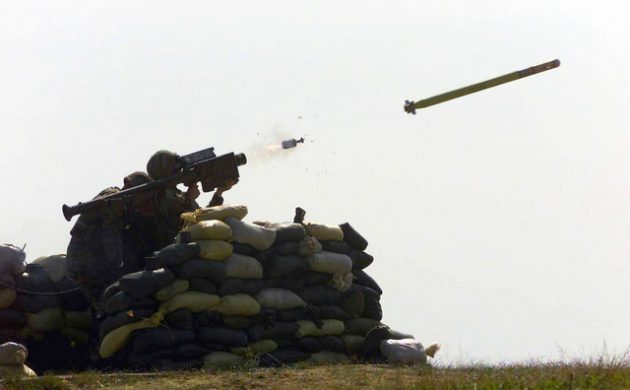 Defence minister Morten Bødskov announced today that Denmark would not be sending arms to Ukraine after all.

The 400 Stinger missiles that were being discussed have been deemed too old and Denmark doesn’t intend to send other weapons either.

However, the government has raised the Defence’s preparedness level so that a battalion of 700-800 soldiers can be deployed within 1-5 days.

And two F-16 fighter jets have been moved to the island of Bornholm to protect Danish airspace.

With a potential conflict brewing as Russian troops continue to mass on the border with Ukraine, the latter’s government has urged its allies to send arms to help boost its outnumbered and outgunned military.

Morten Bødskov, who was appointed the new defence minister last week, said that Denmark had no qualms about helping to arm Ukraine, but he was unsure whether Danish Defence had the equipment Ukraine needs.

The problem is that the surface-to-air Stinger missiles that Defence has at its disposal are a bit of a Cold War relic.

Denmark’s arsenal of Stinger missiles were acquired via a deal with the US back in the late 1980s-mid 1990s, but became superfluous when Defence axed its air defence capacity in 2010.

Backing from Blue Bloc
Three years ago, Denmark sold some of its Stingers to Latvia, but Bødskov stated that the rest of the Danish Stinger cache is up for disposal due to its age.

“Russia has shown completely unacceptable behaviour in relation to Ukraine and we have a responsibility to help. But that help needs to work,” Bødskov told DR Nyheder.

The defence minister said he would look into the issue and then discuss the possibility of sending them to Ukraine with the other parties in Parliament.

Several parties, including Venstre and Konservative, have voiced support for sending arms to Ukraine.