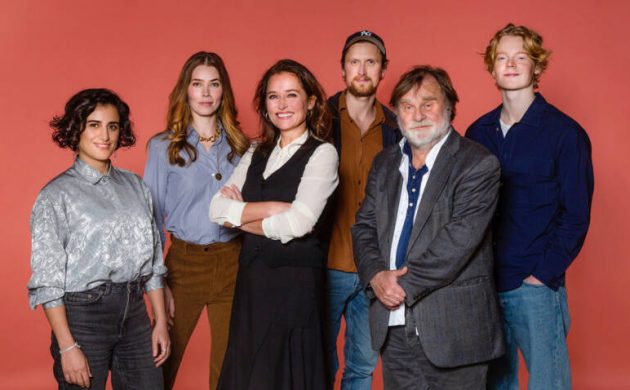 The life of a foreign minister is a lonely one, suggests the fourth season of ‘Borgen’, which returned to our screens on February 13.

But for inspiration on how to play a lonely foreign minister, its main star Sidse Babett Knudsen would be better off consulting fellow actress Birgitte Hjort Sørensen than Martin Lidegaard, the politician who held the hotseat from 2014-15 and played a large role in formulating the plotline of the most recent episodes, reports DR.

Key consultant
Lidegaard has been a principal consultant for the returning show, at hand to read the scripts and answer any questions Sørensen might have, and he also played an integral role in the new direction of ‘Borgen’: a series-long plotline that follows the fallout of a huge discovery of oil in Greenland.

“I helped to ensure that ‘Borgen’ came as close to reality as possible,” Lidegaard told DR. “I had the initial idea for the basic plot, but it has been developed by [show creator] Adam Price, and after that process I have only worked as a professional consultant.”

For example, in episode 2 he gave feedback on how the US ambassador might behave in different scenarios.

Lidegaard, 55, is a serving MP for Radikale, the political party that most closely resembles Moderaterne – the one Birgitte Nyborg represents when she serves as PM in series one and two.

Crucial to his survival
In season four much is made of Nyborg’s loneliness – on her travels overseas, at Christiansborg and even within the context of her family.

However Lidegaard has always been careful to separate his political and private lives.

While some politicians dedicate their whole life to Christiansborg, he has elected to have friends who have nothing to do with politics.

“The only thing my private friends have in common is that they are not politicians. They are in the arts and business and from university,” he said.

Ultimately a lonely road
On the other hand, Sidse Babett Knudsen’s co-star Birgitte Hjort Sørensen – whose character Katrine Fønsmark at the start of season 1 is a prominent news reporter, who by season 3 has become Birgitte Nyborg’s spindoctor – does report becoming incredibly lonely.

The success of ‘Borgen’ threw up numerous opportunities to work abroad: in London, on Broadway, in Hollywood in films such as ‘Pitch Perfect 2’ and in major television shows such as ‘Game of Thrones’.

“At first it was fucking fun, almost like a rocket being fired off. People had seen and liked ‘Borgen’ and it made a big difference. I had two years where I travelled almost non-stop and lived in hotel rooms,” the 40-year-old actress recalled.

“But eventually there was a slowdown in the offers. I had periods where I just sat around and waited and got upset. I needed to be in control, so that’s why I returned to Denmark. And then I started a family. I have not said a final goodbye to working abroad, but I have become much more selective.”