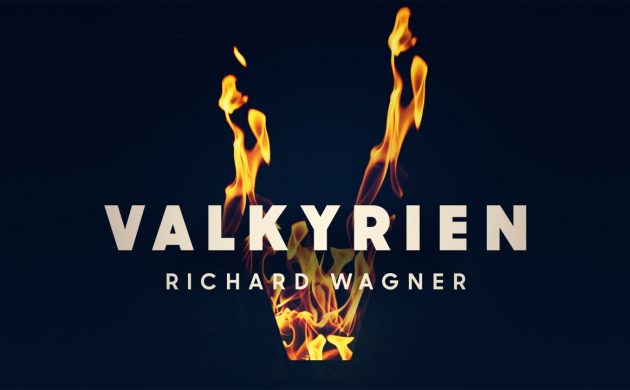 A rare opportunity to experience Wagner’s greatest operatic work in one of Denmark’s greatest venues… and to hear ‘that song’ blasted by a full orchestra (photo: Det Kongelige Teater)
March 21st, 2022 4:11 pm| by Lena Hunter

After an almost ten-year hiatus, the iconic work of German opera legend Richard Wagner is back on Danish soil.

‘Die Walküre’ (The Valkyrie) – an episode from Wagner’s greatest work ‘Der Ring des Nibelungen’ (The Ring Cycle), based on the trials and tribulations of Norse gods and warring mortals – is being staged at Copenhagen’s Opera House until March 27.

The second in a cycle of four operas that comprise ‘The Ring Cycle’, ‘Die Walküre’ is a rich tapestry of human emotion and divine drama for which only the grandest venue will do. Happily, the exquisite canal-side Opera House is a fitting stage.

In its entirety, ‘The Ring Cycle’ is a 15-hour affair. ‘Die Walküre’ alone clocks in at a little over five hours, including intervals. It’s perhaps best known for the central piece ‘Ride of the Valkyries’, with which Francis Ford Coppola soundtracked the wonton annihilation of a northern Vietnamese village in ‘Apocalypse Now’.

Wagner through a modern lens
Though Wagner drew inspiration for ‘The Ring Cycle’ from ancient sources like the 13th century German epic ‘Nibelungelied’, and the Old Norse heroic literature of ‘Edda the Elder’, director John Fulljames found space to introduce a few modern-day inflections.

“Die Walküre is old, but also very current. The god Wotan must accept that his time and civilisation – not just his own life – must end. I saw a lot of parallels there with our understanding of our own unstable times,” says Fulljames.

Whilst stagings of ‘The Ring Cycle’ in the 20th Century often interpreted the almighty Wotan as an industrial-era capitalist mogul, in our contemporary world the seat of power belongs to media-giants like Zuckerberg, Murdoch, Bezos and Musk.

“Today knowledge is power, and the biggest names in technology are the master-architects of the future,” explains Fulljames.

As such, Fulljames based Wotan’s domain around a modern design studio, complete with Macbooks, office chairs and stark white lighting. Throughout, Wotan brandishes a ruler in place of a spear and toys intermittently with a scale model of the larger set.

Striking set-design
The set itself continues the architectural theme. The Gods’ scenes transpire on the steps of an amphitheatric staircase that dominates the entire stage, rising almost to the ceiling. When rotated, the staircase houses the forest hut of Hundig and Sieglinde beneath.

It’s an impressive structure that nods conveniently to notions of hierarchy – but the scenes staged beneath it are played out in deep shadow that make details undecipherable from the audience. Though Fulljames describes the scenes as ‘bunker-like’ – they’re perhaps too much so.

But it’s a frustration based on wanting simply to see more: the performances – as with Wagner’s music – are steeped in nuance.

Forced to banish his favourite daughter, Brunhilde, Konieczny depicts the thorny emotion of ‘heartbroken resolve’ with impressive dramatic skill – though, for a stage of such size, could have laid it on thicker.

In the role of Brunhilde is the highly acclaimed Wagner signer Trine Møller. Her vocal clarity and emotional delivery are impeccable. She carries her central role with such deftness that all the subtlety of the narrative shines.

Tasked with carrying the human emotion of the entire performance, Ann Petersen as Sieglinde and Bryan Register as her long-lost brother Siegmund shouldered unenviable burdens.

Both gave flawless performances, diving into tragedy, heroism and infatuation with true full-body gusto – the kind of fist-clenching, floor-writhing, heavens-beseeching opera you hoped to see.

Corona makes an unwelcome appearance
Through no-one’s fault but divide providence, two of the Valkyries were off sick with you-know-what. Yes, even gods suffer in a pandemic.

Two stand-ins wearing all black sang the missing parts from a pair of music stands at stage right during the operatic climax, which sees all ten of the Valkyries on stage at once. Though the spectacle was dampened, the music was not.

The orchestra, conducted by Thomas Søndergård, performed immaculately. While Wagner’s music is arresting throughout, everybody is, of course, waiting for ‘that bit’.

‘That bit’
When the famous ascending melodic motif begins – quiet triads in the B minor scale swelling and building to a crescendo, it’s hard not to find yourself transported to a mosquito-sized military helicopter, skimming the Vietnamese coastline ominously, armed to the teeth with big-nosed bombs and smirking American soldiers.

Maybe it’s not ‘Apocalypse Now’, for you – maybe it’s some other evocative scene or memory that surfaces with Wagner’s cult musical refrain. But when it starts, it’s powerful – inspiring an almost sickening tension between anticipation and release.

Seeing it in Scandinavia, where the myths and legends that inspired it originated, is even rarer still. So, whether you love Wagner, love ‘Apocalypse Now’ or just love a spectacle – go and see ‘Die Walküre’.