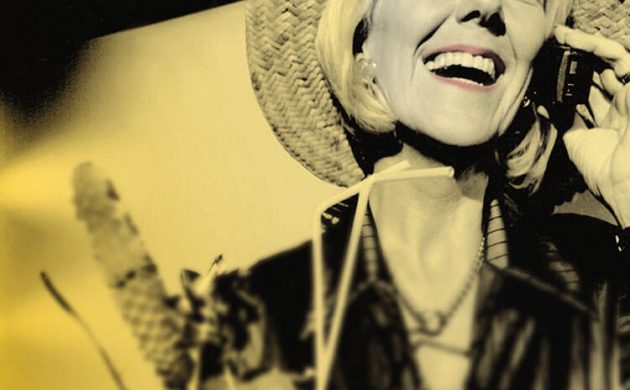 Shirley Valentine
April 21-May 14, performances Tue-Fri 20:00, Sat 17:00; Teatret ved Sorte Hest, Vesterbrogade 150, Cph V; 205 kr via teaterbilletter.dk
The great Vivienne McKee and the London Toast Theatre are returning with Willy Russell’s 1980s crowd-pleaser Shirley Valentine. Come and meet Shirley in her kitchen as she talks to her only company: the wall. This voyage of self-discovery filled with infectious wit has been delighting audiences for nearly four decades. Coming slightly after ‘Educating Rita’ and Blood Brothers, it completed Russell’s trio of masterpieces. “There’s a growing visibility of older women in life and the arts,” comments director Helen Tennison. “First performed in 1986, the piece is a reminder of how far women have come and how much further we have to go.” McKee will no doubt sparkle in a role many will agree she was born to play.

Sunday in Sodom
April 21-27, 19:00, April 23, 15:00; Bastionene, Norra Vallg 28, Malmö; 180kr, kulturcentralen.nu
Playmate Theatre Malmö presents a powerful drama in English by Canadian dramatist Jordan Tannahill: the story of a mother (Vanessa Poole) trying to uphold her family’s traditions – with a hint of the Yiddish comic tradition. Each show is followed by ‘Den du är’ (in Swedish) at 20:30. A percentage of the proceeds from the production will be donated to providing direct humanitarian support to the people of Ukraine.

Coriolanus
Bådteatret, Nyhavn 16, Cph K; April 11-16; 100kr, baadteatret.dk
Playing for eight nights, this is the first time that a full Shakespeare play will have been performed by one actor in two languages on alternating nights. The premiere of the English version is on Tuesday April 12 at 19:00, and there are then performances on April 14 and 16 at 15:00 and 20:00. Performed by Sarah Dahl Hasselgren, the play is directed by Joseph Sherlock, a founding member of Københavns Shakespeare Kompagni, a new company that intends to bring multilingual Shakespeare and contemporary theatre to Denmark.

CPH:DOX
online until April 10; Ticket and program at cpdox.dk
CPH:DOX will be a hybrid festival in 2022. All of the films will be screened at cinemas while a selection of films will be part of a nationwide online festival (geo-blocked to Denmark). All movies are in English or with English subtitles.

Create Unique Abstract Art
April 16, 17:00-20:00; NataWatts Gallery, Hyskenstræde 12, Cph K; 590kr, art-xp.com
Play with colours and create your own piece of Scandinavian artwork using an easy-to-grasp Colorflow Ink Technique. It’s mindful, soothing and playful – and anyone can do it!

Vera’s Vintage Market
April 9-10, 17 & 24, 11:00-16:00, early entry 10:30 if you buy online; Nørrebrohallen, Nørrebrogade 208, Cph N; 25 kr, verasvintage.dk/entre
Join Vera’s #veravolution in the fight to reduce clothing waste. Buy second-hand clothes to benefit the environment from over 90 private stalls – or earn cash yourself with a stall. Alternatively, exchange old clothes of yours and get a discount on the ones you buy.

Guided tour of Gamle Scene
April 10, 15, 17, 18 & 24, 11:00; Kongens Nytorv 9, Cph K; 135kr, under-12s: 75kr, kglteater.dk
Come and discover the Royal Theatre’s ‘Old Stage’, Gamle Scene. Experience the special atmosphere, the historic ceiling paintings, the swinging angels, and the traditional large prism chandelier in the theatre hall. Go behind the scenes where the stage technicians work and visit the large tailor’s room where fairy-tale costumes for all the theatre’s performances are made – where only the imagination sets the limits.

Reopening of footbridges
April 9, 11:00-14:00; Store Høj Sø, Kanonvej, Kastrup
The Store Høj Sø Association invites you to a festive event to celebrate the reopening of the footbridges. It will take place at the bonfire site just west of Store Høj, a few meters from the lake. Some food and drink will be provided and there will be activities for children. Closed due to their state of disrepair, the public raised money to make the necessary adjustments.

Lady in Red
April 28, 17:30-19:30; Brydes Allé 24A, Cph S; 375kr, art-xp.com
Join Hira Sameer Ahmed for a cosy evening learning to paint the lady in red at her home studio in Amager. During this acrylic painting workshop you’ll be guided, step-by-step, in recreating the painting – starting from a blank canvas and finishing with a beautifully finished painting.

Copenhagen Sakura Festival
April 23-23, 11:00-16:00, Sun until 15:00; Langelinie Park, Nordre Toldbod 16, Cph K; free adm
The Japanese Embassy invites you to celebrate the blooming of the cherry trees. Enjoy an afternoon full of Japanese traditions such as martial arts, origami and the famoust tea ceremony, all among the beautiful trees.

Language Café
April 9 & 23, 14:30-17:00; Studenthuset, Købmagergade 52, Cph K; free adm
Every other Saturday afternoon, join other language aficionados to learn new ones. The list of languages spoken at the café is updated on the official Facebook event page. So what are you waiting for?

Labour Day
May 1, all day; Fælledparken, Cph Ø
Cancelled in 2020 and 2021 due to the pandemic, the Labour Day celebrations – a rite of passage for so many – returns to the capital’s most popular park.