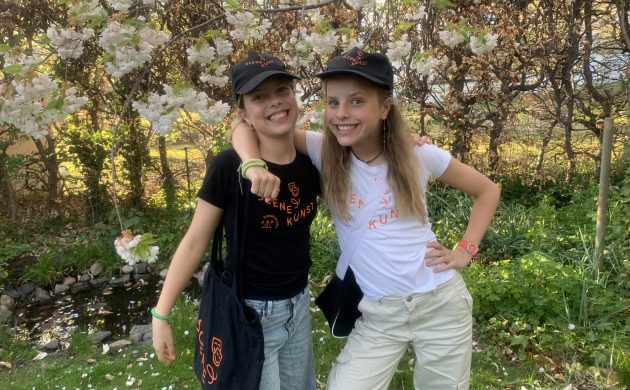 Imagine a summer school from which your children emerged as more mature, rounded and responsible individuals. Surely, there’s a catch?

And as an added bonus: they get to indulge in their deepest passions: singing, dancing and acting.
Well, for a decade SceneKunst has been running multiple such schools over the summer holidays.

The children keep on returning – sometimes until their late teens!

If only I was 10 again!
Caroline Müller, 17, who is both Danish and Dutch, attended the international summer camp for English-speakers last year.

She has one single regret: if only she had heard about the SceneKunst option earlier.

“When I was little, I attended the same week-long dancing camp every summer vacation, but eventually stopped going since it got boring and unchallenging,” she says.

“But had it been SceneKunst, I would never have stopped. They never get boring: every year is a new awesome and challenging camp. I wish I had started going to SceneKunst camps much earlier than I did.”

Camaraderie and coming of age
As well as being challenging, the camps are often attended by a great diversity of youngsters – united by their love of musical theatre. Friendships formed at the camps often endure.

For 12-year-old British twins Ana and Lucie Ganzleben Daniell, who will be attending their third SceneKunst summer camp in July, part of the appeal is catching up with the friends they have made. They can’t wait to return.

“You make lots of new friends, and you get to meet so many amazing and different people,” enthuses Ana. “Going to this camp was one of the best experiences of my life, it’s so much fun and I would definitely recommend it,” adds Lucie.

Anna feels the camp has helped her to become “more responsible, mature and independent”, and Lucie concurs.

“There are lots of things we need to manage ourselves. We need to help prepare meals and take it in turns to clean up after. This has made me more independent and mature,” she contends.

More in tune with theatre
A life-changing experience is putting it mildly, according to Susanne Jeppesen, a regular 15-year-old Danish-British attendee of the SceneKunst summer camp.

“If you come you´ll find a new second family who shares the same passions as you – a second family that I will never forget or stop communicating with,” she enthuses.

Along with the camaraderie, Jeppesen is also highly appreciative of the tuition she has received.

“During the camp, I learned many tips on how to use my voice and body to enhance my acting skills,” she says.

“In general, I would credit the camp with increasing my passion for theatre and being on stage.”