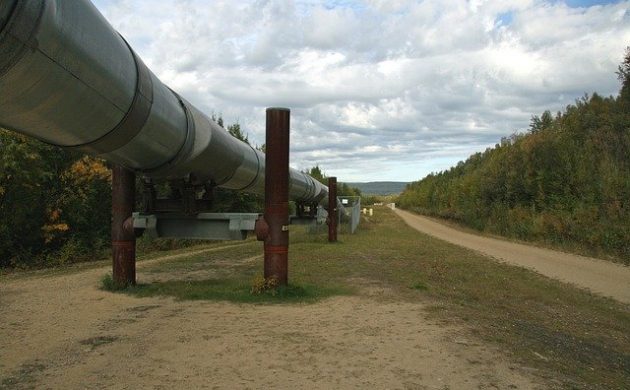 Nationalbank governor Signe Krogstrup has warned that the government will put the economy of Denmark at great risk should it pay out too much compensation to homeowners hit by huge energy bills this past winter.

Speaking to Berlingske, she explained: “If compensation schemes are adopted that are not matched by public savings or higher taxes, it will intensify the pressure on the economy and thus push further for wage increases and inflation.”

Consumers will end up paying
Krogstrup accepts that pensioners need help, but queries whether students, benefit recipients and the unemployed should get assistance.

The trade and industry minister, Simon Kollerup, rejects claims the assistance could further increase inflation, but Krogstrup is adamant that compensation is merely postponing the inevitable: that all consumers will be hit hard in the pocket.

Dubai property owners cheating the system, claims TV2
According to a 2020 leak, only one in ten Danish owners of properties in Dubai have reported their earnings to the Skattestyrelsen tax authority, reports TV2 following further analysis of the figures. This means the vast majority could be cheating the system. The Danish Treasury could potentially be missing out on taxes owed on property worth around half a billion kroner.

Danish all-time quarterly profit record for Maersk
Maersk has confirmed a profit of 48 billion kroner for the first quarter of 2022 – an all-time Danish record for three months of operation, which is mostly a result of the sky-high freight rates currently charged by shippers. The company noted that its historic performance was a result of “solid progress across the business in Ocean, Logistics and Terminals”. Nevertheless, the War in Ukraine has left a 5 billion kroner dent in its figures. Maersk does not intend to serve the Russian market once current contracts expire. It has accordingly written off 20,000 containers currently in the country. Last year, Maersk’s profit of 117.5 billion kroner was also an all-time record.

Vestas likely to see red due to Russia withdrawal and effects of war
Vestas has released a statement warning that its withdrawal from Russia will hurt its financial figures. Ahead of the War in Ukraine starting, the wind turbine producer had been forecasting a turnover of 15-16.5 billion euros, but this has now been reduced to 14.5-16.0 and its profit margin from zero to 4 percent to -5 to zero percent “This is more that just a few scratches to its paintwork,” Sydbank equity analyst Jacob Pedersen told TV2. “It’s full-on dents to its bodywork.” Not only has Vestas lost money on its operations in Russia and Ukraine – at least 400 million euros – but it must now deliver on contracts it was paid for 18 months ago when all production costs were much cheaper.

Pandora’s on fire and most unaffected by war
Jewellery company Pandora has announced a record turnover of 5.7 billion kroner for the first three months of 2022 – a 21 percent increase on the same period last year, in which sales were hit by shop closures caused by corona. Online sales, however, have fallen by 17 percent as customers return to stores. Sales in China bucked the rising trend seen in the US and Europe, falling from 281 to 254 million. But the War in Ukraine has had little effect. Russia and Belarus only accounted for 1 percent of total sales.

Jyske Bank taking cautious approach over war
Jyske Bank has executed write-downs in its loans to the tune of 250 million kroner in anticipation of the effect the War in Ukraine will have on customers paying their bills: 100 million relating to private customers and 150 million to businesses. However, it has managed to reverse write-downs of 185 million kroner after the effect of corona was overestimated. The write-downs were announced in connection with the bank confirming a profit of 307 million kroner for the first quarter – an improvement on 206 million in the same period last year. For 2022, it expects a profit of between 0.9 and 1.1 billion kroner.

Novo Nordisk attributes robust accounts to improved performance of diabetes drugs
Novo Nordisk has posted a set of healthy accounts for the first quarter of 2022: a profit of 14.2 billion kroner on total sales of 42 billion – up 12 and 24 percent respectively on the same period in 2021. It has seen a 54 percent increase in the sale of its diabetes drugs, the GLP-1 products Rybelsus, Ozempic and Victoza. It has revised its 2022 projections for sales growth from  6-10 to 10-14 percent and increase in operating profit from 4-8 percent to 9-13 percent. In the global market for GLP-1 products, it has increased its market share from 51.2 to 54.0 percent since this time last year.

FLSmidth performs better than expected
Engineering group FLSmidth has confirmed revenue of 4.7 billion kroner for the first quarter of the year – 6 million more than was expected by analysts. Over the whole of 2022, FLSmidth is expected to generate a turnover of 17.5-19 billion kroner.

Mink breeders hopeful ban will be lifted
The Danske Minkavlere breeders association is confident the ban on farming mink in Denmark will soon be lifted. A new risk assessment from Statens Serum Institut suggests the likelihood of another worrying variant of coronavirus developing – like it did in late 2020, leading to the decision to cull the nation’s 17 million mink – is low. However, should the ban be lifted by MPs, the regulations should be more stringent than before, recommends the report. Employees should be tested every day, suggests SSI, and protective equipment should be worn at all times.