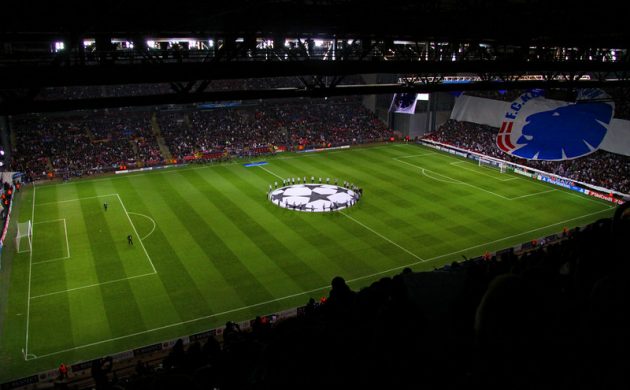 The decision by European football governing body UEFA to kick all teams from Russia out of European competitions next season due to the War in Ukraine will impact Danish football positively.

The move will put Denmark up one spot on UEFA’s coefficient list and mean the Danish Cup winner will enter the Europa League playoff round instead of the third qualification round next season.

That will guarantee the team a spot in a European group stage, as even a loss in the Europa League playoff will send it into the Conference League group stage.

Should Danish Cup finalist FC Midtjylland win and also finish in the top two in the Superliga – which they will – the league’s third-place finishers will take the spot. Currently, that is Silkeborg.

Women qualify for 2023 WC
Denmark is already guaranteed a European group stage spot via the Superliga winner this year and the Russian expulsion impacts this as well.

Instead of entering the Champions League qualification in the third round, the future Superliga winners will instead enter the playoff round.

Finally, the Russian women’s team is the only side with a statistical chance of denying Denmark qualification for the 2023 World Cup and UEFA’s decision seals the Danes’ passage.

Frans ending career in style
Denmark ice hockey legend Frans Nielsen, 38, this week celebrated winning the German title this week with his team Eisbären Berlin. Several weeks ago, the legend confirmed he will end his career at the coming IIHF World Championships in Finland. Nielsen was the first Dane to play in the NHL, where he amassed 949 games in the world’s best ice hockey league. Denmark, however, will have to do without NHL star Oliver Bjorkstrand, who will skip the world championship to shake off some long-term injuries.

Brøndby has the best … grass
For the second year running, the pitch at Brøndby Stadium has been voted the best in the Superliga by the captains of the teams in the league. AGF Aarhus’ Ceres Park and Viborg’s Energi Viborg Park completed the top three. At the opposite end of the spectrum, the league’s two artificial pitches finished last: FC Nordsjælland’s Right to Dream Park in last place ahead of Silkeborg’s JYSK Park. FC Copenhagen, which has struggled to put out a decent pitch at Parken for years, was just ahead of the bottom two in tenth spot.

Eriksen at it again
Christian Eriksen has picked yet another plaudit since his return to football after suffering a cardiac arrest in Euro 2020. ESPN has named the Dane as the best transfer in the Premier League this season, ahead of the likes of Cristiano Ronaldo and Luis Diaz. Since joining Brentford on a free transfer in January, Eriksen has helped the London side move out of the relegation battle.

Axelsen the victor again
Viktor Axelsen has once again demonstrated he is the best badminton player in Europe. Axelsen won the final of the European Championship men’s singles over compatriot Anders Antonsen by a score of 21-17, 21-15. It is the third time that Axelsen has won the Euros, having also triumphed in 2018 and 2016. Antonsen won it last year after Axelsen was forced to withdraw after contracting corona.

Wolves stalk second cup win
FC Midtjylland will have a chance at winning their second Danish Cup this season after beating Vejle 4-1 on aggregate in the semi-finals. Having won their only cup in 2019, the Wolves will face either OB Odense or SønderjyskE in the final. OB hold a slender 2-1 advantage ahead of the second leg tonight in Odense. OB last won the cup back in 2007, while SønderjyskE surprised everyone by claiming it, their first ever trophy, in 2020.

Football ladies eye fan record
When the Danish women’s side take on Brazil at Parken Stadium in a friendly ahead of Euro 2022, there’s a good chance they can make spectator history. Currently, over 10,000 tickets have been sold for the game, which would smash the record for the number of fans watching a women’s national team game in Denmark. The current record sits at 9,337 and was set at Viborg Stadium back in 2006 against Finland. The game takes place on June 24.

Two Danes in NHL playoffs
With the NHL season moving into playoff mode, two Danes have a chance of lifting the coveted Stanley Cup this year. Netminder Frederik Andersen will lace up with the Carolina Hurricanes and Lars Eller will skate out for the Washington Capitals. Eller became the first Dane to lift the Stanley Cup with the Caps back in 2018 and scored the winning goal to clinch it. Meanwhile, Andersen is enjoying another banner year in goal, winning the William M Jennings Trophy –  an NHL award given to goaltenders on teams with the fewest goals scored against them. He also won it in 2016.