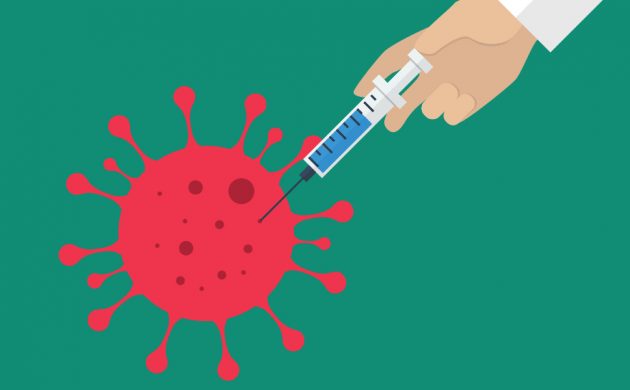 With corona increasingly a blip in the nation’s rearview mirror, it’s generally understood that most adults have contracted the virus at least once since 2020, and that it is no longer considered unusual to have had it twice or even three times.

For those who have avoided it, it’s beginning to feel like they’ve reached the latter stages of Fortnite. So, how long before they become an anomaly?

Well, according to a Statens Serum Institut blood donor study, an incredible 68 percent of Danish-speaking* adults aged 17-72 contracted corona between November 1 and mid-March.

Given that a fair number had already contracted it before November 2021, it’s safe to speculate that the elusive Fortnite ‘survivors’ must be well below 10 percent by now.

Infections peaked in mid-January
The blood donor study is based on blood samples taken at two-week intervals since the beginning of the year. In total, there were six rounds, with the first round (January 4) estimating that 14 percent of the population had been infected since November.

This then steadily rose over the following two months to 62 percent, and finally to 68 percent on March 15. According to SSI, the infection rate peaked at the end of Week 3.

“COVID-19-wise, Denmark is therefore in a good place right now. The vaccines and the many infections have created a solid immunity in the population,” commented SSI head Henrik Ullum.

Very low disease burden this summer
The ‘good place’ is reflected in the risk level, according to the health minister, Magnus Heunicke, who has confirmed via Facebook that the rating of 1.0 is the lowest since the pandemic began. It is 1.0, out of a possible 5.0, across the whole of the country.

“This is because the infection is falling, COVID-19-related admissions are falling and we have the season with us,” explained Heunicke.

According to the authorities, there is only the “potential for very low disease burden in the coming period”.

April 25 marked the first day in half a year that fewer than 1,000 fresh cases were confirmed. However, testing has decreased considerably since March.

*In order to donate blood in Denmark, it’s mandatory to speak and understand written Danish to ensure there are no misunderstandings between donors and the blood-collecting staff.