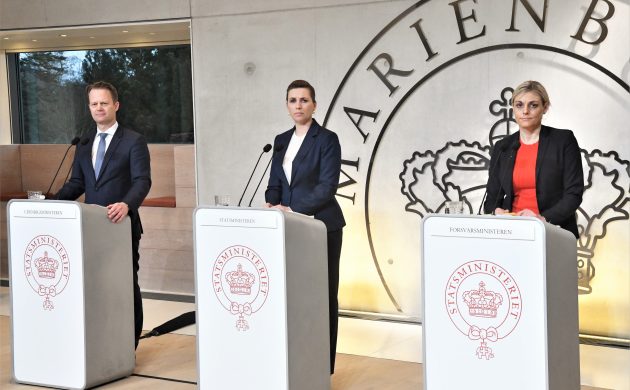 There must be good money in putting up election posters. Copenhagen, and most of Denmark, is again bedecked in them – attached in heavy numbers to all manner of fence, railing and lamppost over the weekend.

They’re holding another bleeding election, you might think. Barely a few months after the last one, the locals and regionals, which took place in November?

Well, kind of. This is a referendum on Denmark dropping the defence reservation it has held since 1993 (one of four EU reservation in total!), and it is only open to citizens of the country, so the absolute majority of foreigners can’t vote.

According to the latest polls, it looks a good bet the reservation will be abolished on June 1. It isn’t surprising given that only three parties are in favour of keeping it: Enhedslisten, Dansk Folkeparti and Nye Borgelige.

Young voters and women are in doubt about what they should vote for, despite it being now more than two months since PM Mette Frederisken announced the referendum on March 6.

In a nutshell, the reservation means Denmark cannot participate in parts of the EU’s co-operation on security and defence –  for example, military missions and operations under the EU, while Danish ministers are not involved in making decisions about the EU’s military operations.

Could free the way to take active role in Bosnia
Last week, Jeppe Kofod, mentioned that Denmark would aim to take an active role in one of the EU’s seven active military operations, should the country lift the reservation: the peace-stabilising EUFOR mission in Bosnia and Herzegovina, which is in charge of the military implementation of the Dayton Accords.

The other six missions are in Somalia, Mozambique, Mali and Central African Republic (all military training), the Horn of Africa (anti-piracy) and the Mediterranean (human trafficking and enforcement of arms embargo against Libya).

In the meantime, should you be more interested in finding out more about the issues at stake, look out for news of a number of panel debates being held in Copenhagen this month in English.