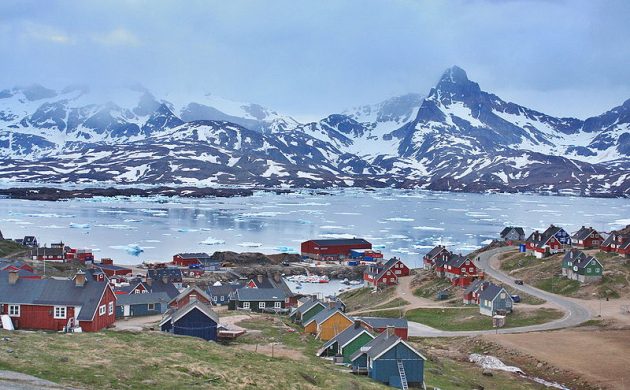 Greenland should benefit from the improved security (photo: Chrissy)
May 11th, 2022 11:20 am| by Ben Hamilton

It commits Denmark to spending 300 million kroner a year to support the ‘Arctic Capacity Package’, which will strengthen the military presence in and around the Arctic. It is timely, as sightings of unknown vessels have been increasing of late.

In total Denmark has earmarked 1.5 billion kroner in funding to the increased presence and improved monitoring of the region. It is thought drones will play a large role.

Much of the hydrogen will then be sold to the rest of the world: either as gas or fuel.

Licenses are already available to companies to exploit the potential in Tasersiaq and Tarsartuup Tasersua.

Eurovision drought continues: now four years since Denmark made the final
Denmark was knocked out of Eurovision last night, but few were surprised given the unappetising nature of the song the Danish public selected: ‘The Show’, which was the very last thing the all-girl band Reddi put on. The bookmakers rated them a 500/1 chance of upsetting the odds this Saturday and were duly vindicated when they were not included among the ten countries advancing from Tuesday’s semi-final. The second semi-final is on Thursday. At present, Ukraine are overwhelming favourites to triumph in Italy, where the hosts are a distant second in the betting, with the UK third – fanciful and more of a reflection that Britain is the home of many bookmaker firms and patriotic punters, as they normally always finish last. Denmark last appeared in the final of Eurovision in 2019.

A sticky end: but not the kind they envisaged
Climate activists tried to glue themselves to the road running past Axelborg yesterday lunchtime, but failed and were instead arrested. At around 12:30, several broke into the nearby of headquarters of Landbrug & Fødevare, the interest group for the agriculture and food industries. They managed to access a balcony and drape a huge banner onto the street below, but it was quickly removed, along with the activists. It is believed Animal Rebellion, a sister organisation of  Extinction Rebellion, was responsible for the protest. Around 100 activists were involved.

Police nick armed robber just six minutes after fleeing the scene
Somebody alert Guinness World Records because North Jutland Police were fast this morning – very fast. It took the police force just six minutes to track down an armed robber who successfully fled the scene of his crime at around 02:30. It probably helped the police’s cause that the fugitive, who robbed a 7-Eleven kiosk on Jomfru Ane Gade in Aalborg at knifepoint, fled by taxi. A fellow taxi driver saw the man get in and alerted the police, who were able to follow the taxi’s movements by video surveillance. The taxi was promptly stopped on Hjørringvej in Nørresundby, where the police were able to make an arrest and recover the money and knife used in the robbery.