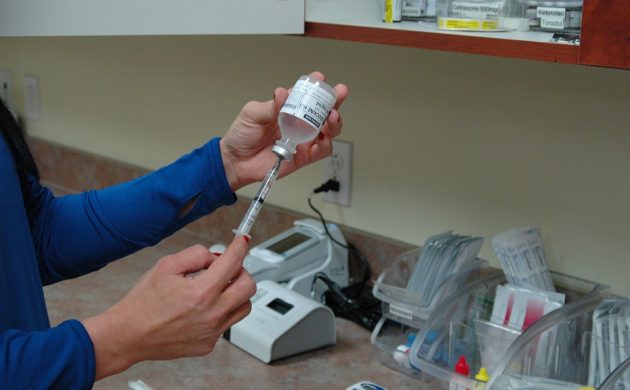 A middle-aged woman thought to be involved in a number of poisonings at a carehome will remain in custody in Randers for another four weeks, it has been confirmed.

It is believed the police intend to charge her with attempted manslaughter after a number of residents on the same ward at Plejecenter Tirsdalen in Randers needed to be hospitalised.

However, most of the details concerning the case have been hushed up, and no charge was disclosed at yesterday’s court hearing, which was held behind closed doors.

It was however mentioned that the woman, who was arrested on March 14, has violated section 245 (1) of the Criminal Justice Code, which relates to “physical attacks of a particularly crude, brutal or dangerous nature”.

One woman was admitted to hospital three times
One local man, Henrik Madsen, told TV2 that his 80-year-old mother has been hospitalised three times this year due to “mysterious poisonings”.

Her first admittance was on February 27 – and coincided with the hospitalisation of three others from the ward. Three of the four were then readmitted in the following days.

The hospital detected a benzodiazepine-type drug in the woman’s system, which cannot easily be explained.

Typically benzodiazepine is administered as a treatment for insomnia and anxiety – and in small doses to the elderly as it can dull their mobility. It is addictive and the withdrawal symptoms can be very dangerous – normally a plan is devised to gradually phase out their use.

The poisonings were first made public in a briefing released by Plejecenter Tirsdalen on March 12, two days before the woman’s arrest.