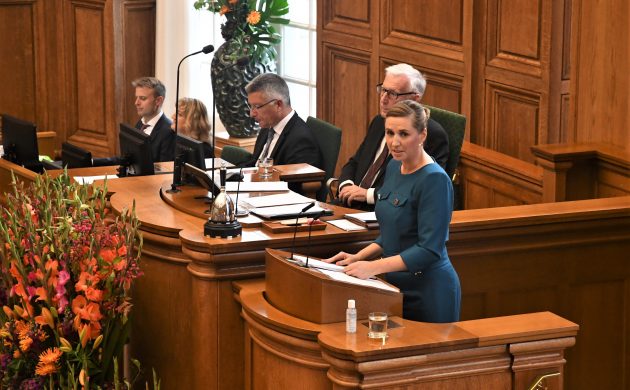 It might come as a surprise to you that the country’s politicians will officially begin their summer holidays tomorrow, given the likely emergence of monkey pox, the ongoing War in Ukraine and the fact that it is still only May!

But it is true: following today’s closing debate in the Great Hall of the Danish Parliament, which will see all 179 MPs gather – including the four from Greenland and the Faroes – the representatives of the people will be at leisure until the first Tuesday of October.

Really, they’re not too dissimilar to the Danish national football team: once in a while, their June is interrupted by a major football championship/general election – the most likely date of the next one is June 2023.

But with the Defence Referendum (June 1), the Bornholm politics festival Folkemødet (June 16-19) and the Cucumber Season (most of July) to take advantage of, they won’t be invisible.

High school admittance criteria likely to change
In the meantime, a busy date beckons at Folketing, where proceedings began at 09:00 and are likely to last long into the evening.

Top of the agenda, reports DR this morning, is a potential agreement regarding admittance criteria to the gymnasium high schools, the upper-secondary establishments generally attended by 16 to 20-year-olds.

Left Bloc parties generally agree it should be easier for students to attend the gymnasium in their local area. Often, the popular schools are flooded with applications from students who face a long commute to attend.

MPs want to prohibit students from attending a school that is not within 45 minutes (one-way) of their home. The limit is currently 60 minutes.

Venstre has increased its share of the vote in recent months from 13.4 to 15.9 percent, to again overtake Konservative, down from 15.5 to 14.2 percent, to become the Blue Bloc’s leading party.

Government party Socialdemokratiet has seen its share slip from 28 to 25.5 percent, 0.4 lower than what it polled at the 2019 general election. However, the larger the share, the greater the statistical uncertainty. Socialdemokratiet could conceivably have a share of 28.2 percent.

Despite recent optimism, Dansk Folkeparti has fallen further from 5.7 to 5.2 percent.