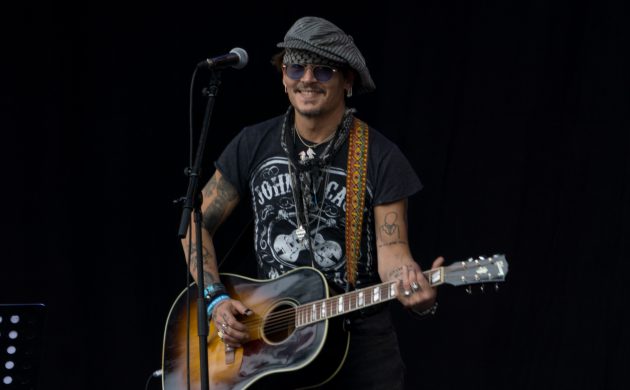 Have you ‘heard’ the news?

No, not the fallout of the judgment: apparently Amber Heard can’t afford to pay her former husband Johnny Depp the 10 million dollars she owes him after she lost their libel case earlier this week.

We’re talking about the news that Depp is coming to Denmark later this month to play at a concert in Randers.

Guest of Jeff Beck
Depp will be the guest of legendary guitarist Jeff Beck at the Store Sal at Værket in the Jutland city on June 29.

The best you can do regarding tickets is to join the waiting list.

But who knows? Given that Depp has already made two guest appearances with Beck this week at concerts in the UK, he might end up joining him at the Copenhagen Jazz Festival.

Beck is playing Amager Bio on June 28, a day before his Randers concert, and there are still tickets available.

Guitar and vocals
The news of Depp’s visit to Randers was confirmed by Mikael Qvist Rørsted, the music and theatre director at Værket.

“I received an email an hour ago that you can now add Johnny Depp as a special guest,” he revealed yesterday, according to DR.

Depp has accordingly been listed as ‘guitar and vocals’.