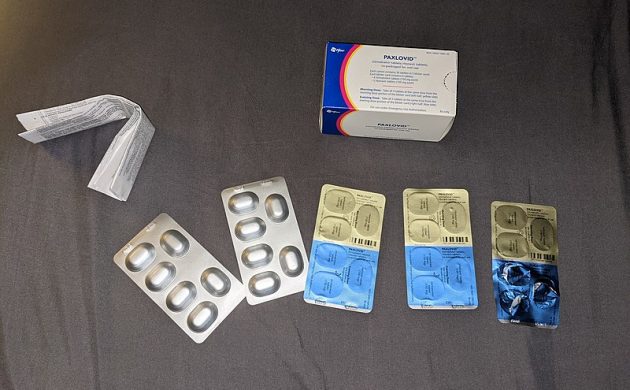 Hopefully the keenly anticipated boxset will be available in the autumn (photo: Intellec7)
June 22nd, 2022 4:00 pm| by Ben Hamilton

Get used to the expression ‘testing strategy’, as it will be more crucial than ever once pandemic season resumes this autumn, contends Lone Simonsen, an epidemiologist at Roskilde University, according to TV2.

With Pfizer’s pill Paxlovid hopefully available by then (a course of two pills every 12 hours for five days), corona’s mortality and hospitalisation rates should fall by 89 percent – or at least in theory.

Paxlovid’s success rate is dependent on the patient taking the pills within days of contracting the disease. Should they wait too long, for example by the time they’ve reached hospital, it will be next to useless.

And besides: the availability of Paxlovid, which was released last November with glowing reviews from the World Health Organization, will depend on the EU.

Its negotiations with Pfizer have somewhat stalled of late, and the Sundhedsstyrelsen health authority is now questioning whether it might have been better off pursuing a deal for Denmark alone.

Who, when, where and how much
“The question is how to get these pills out to people fast enough. Because if you do not get it fast enough, it is not worth anything,” warned Simonsen.

Allan Randrup Thomsen, a virologist attached to the University of Copenhagen, concurs.

“It is important we identify who should have the tablet, because it is special target groups that must have the medicine, and this presupposes guidance for the GPs,” he added

200,000 a day if necessary
At a press conference today, the health minister, Magnus Heunicke, confirmed that Denmark’s ‘testing strategy’ will prioritise PCR tests over fast tests, for which there are no plans to offer at centres.

“We will be able to quickly scale up and perform 200,000 daily PCR tests if necessary,” he said.

As part of the strategy, frontline workers will be encouraged to test themselves twice a week from August 15.

Heunicke also revealed that all over-50s will be offered a fourth vaccine dose in the early autumn.