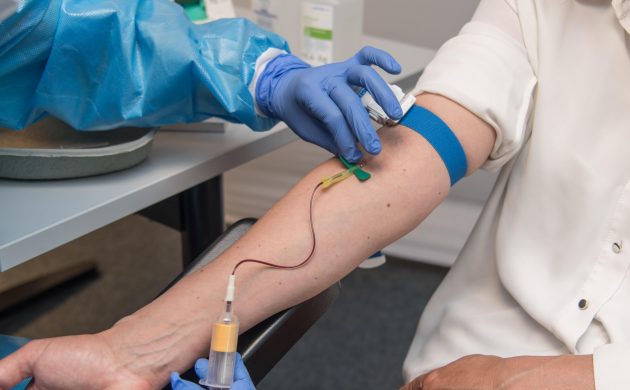 The rule, which has been criticized for its discriminatory effect on gay men, has existed since 2020. Previously, men who had been in same-sex relationships were prohibited from donating blood at all – a policy that was implemented in 1988 when the AIDs epidemic was at its peak.

By effectively excluding gay men in relationships from donating blood, the rule limits the available donor pool without any benefit to blood security, says Chris Amdisen, a doctor and gay man behind a citizens’ proposal to change the rule.

“I think the rules are discriminatory as they are today. They no longer make sense. My risk for these diseases as a gay man in a stable relationship is not higher than for many others,” said Amdisen to DR.

More donors, less blood shortages
Denmark has had a shortage of male blood donors in the past. In addition to the restrictions facing gay men, all blood donors must be able to read and speak Danish in order to ensure there are no misunderstandings between donors and the blood-collecting staff.

In addition, foreigners who do speak Danish must have lived in Denmark for a minimum of one year and be in possession of a Danish social security number.

Policymakers and experts have joined Amdisen in saying that lifting the restrictions on gay men may be a way to reduce the likelihood of shortages without compromising patient wellbeing. In fact, Styrelsen for Patientsikkerhed, the Danish agency for patient safety, said in a written statement this week “that it will probably be possible to relax the current rules.”

The agency asked Dansk Selskab for Klinisk Immunologi, the Danish Society for Clinical Immunology, “for a professional assessment of any risks.”

Risk of HIV infection is “extremely small”
According to DR, Dansk Selskab for Klinisk Immunologi has now completed its assessment, passing on its recommendation to the government that the rule be changed.

Christian Erikstrup is chief physician at Aarhus University and sits on the board of the Dansk Selskab For Klinisk Immunologi.  He cites declining HIV numbers and modern testing capabilities to back up the decision.

According to Erikstrup, the risk of a recipient of donor blood being infected with HIV from a gay man will be “extremely small”.

Denmark in the middle of the pack
Denmark would not be the first European country to revise its rules for gay men donating blood. Last year, Germany eliminated a policy requiring gay and bisexual men to abstain from sex for a year before donating blood. In March of this year, France eliminated a similar policy requiring a four-month deferral period.

Nonetheless, a majority of European member states have maintained some manner of restriction on gay men donating blood.

For Chris Amdisen, the man whose petition has now garnered over 8,00 signatures in Denmark, the change that may soon be on the way in Denmark is an important victory.

“It makes me really happy, because it means that they have listened to my proposal and taken it seriously,” said Amdisen to DR. “There is hope that the outdated rules will be changed. I hope we can become a progressive country in this field.”