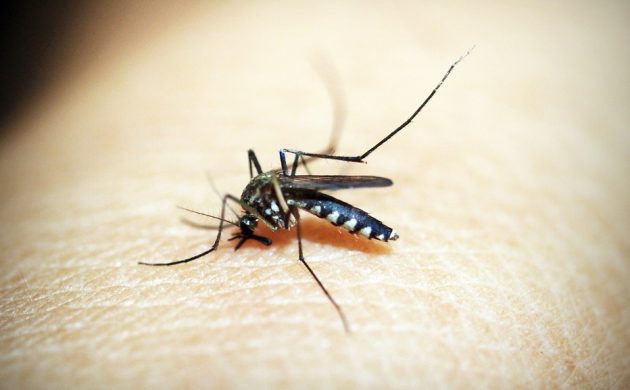 Rift Valley Fever, West Nile Fever and Japanese Encephalitis – they sound so exotic, don’t they? Like they’re the last things you’d ever catch in Denmark.

But according to an academic at the University of Copenhagen, people in Denmark might very well be in the firing line from five mosquito-borne diseases in the near future.

One disease already in north Germany
Researcher René Bødker, the head of a project on mosquito-borne diseases, tells DR that their arrival in Denmark over the next decade is entirely possible, with West Nile Fever at the front of the queue, as there have been documented cases in northern Germany already.

“We expect it to come to Denmark shortly,” he warned.

Out of the five, however, it is probably the most mild disease.

Important to be aware
Today, Denmark remains one of the very few countries where you can’t get ill from being bitten by a mosquito – irritated, perhaps, because somebody booked a summerhouse next to a flea-infested swamp – but not unwell.

Bødker’s project is mapping zoonotic infections/diseases that could potentially cause epidemics in Denmark – particularly if the weather continues to get warmer and cloudbursts become even more frequent.

The public risk being taken unaware, as their first reaction would most likely be that they have contracted mild flu. By the time the illness develops into encephalitis, which causes the inflammation of the brain, it could be too late.

Sweden and Germany better prepared
“If we get hit, we need to know exactly what to do. Right now we are one of the very few European countries that do not have control of mosquitoes,” urged Bødker.

“In Sweden and Germany there are large companies that fight mosquitoes, and in France there are special planes to spray against mosquitoes.”

Causing encephalitis, it is primarily carried by pigs and birds in East and Southeast Asia, as well as the Pacific islands. It causes up to 70,000 cases every year – of which 30 percent are fatal, primarily among children. Discovered in Japan in 1871, there is no cure, but there is a vaccine.

Common among domesticated animals and livestock in sub-Saharan Africa, it can make animals severely ill, but tends to only affect humans mildly. Up to 10 percent experience more severe symptoms, such as eye disease, hemorrhaging and encephalitis.

West Nile Fever
There are no medications to treat it but it only makes around 20 percent of its carriers unwell. Symptoms include fever, headache, body aches, joint pains, vomiting, diarrhea and rashes. Generally, it’s the most common mosquito-borne disease in the US.

Eastern Equine Encephalitis
It is extremely rare, which is just as well as it can cause encephalitis and be fatal – normally in 30 percent of cases in the US on the East and Gulf Coasts, where it kills a handful each year, as well as horses (hence the name). It can also infect a wide range of other animals.

Rabbit Fever
Also known as Tularemia. Got its name from its association with hunters getting it from rabbits, hares and other animals, but today it is primarily spread by mosquitoes. Although rare, it is highly contagious and potentially fatal. An early diagnosis is important to effectively treat it with antibiotics.