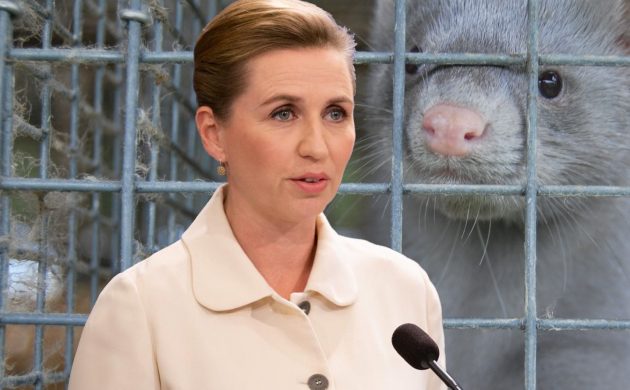 The Mink Commission has dealt harsh criticism towards PM Mette Frederiksen for her role in the 2020 culling of all the Danish mink.

In a report submitted today to the Danish Parliament, the Mink Commission says that Frederiksen broke the law when she stated in a press conference on 4 November 2020 that mink farmers must kill their mink to halt the spread of a new COVID-19 variant.

“The Prime Minister’s Office has acted very critically in the process, which led to the gross misleading of mink breeders and the public and clearly illegal instructions to the authorities in connection with the press conference on November 4,” reads the report.

However, the Mink Commission has made clear its position that Frederiksen “subjectively had no knowledge or intent” to issue the order illegally and has not assessed whether gross negligence may have been at play.

Instead, the Commission assumes that Frederiksen was not informed of her lack of legal authority to command the mink culling until four days after she had already done it.

Others in trouble
The Mink Commission further criticises former the minister of the environment and food, Mogens Jensen, alleging that he found out about the lack of legal authority earlier than he claims.

Barbara Bertelsen, the PM’s Head of Department, also comes under fire in the Mink Commission’s report for neglecting to raise questions about the culling’s legality to the Ministry of the Environment and Food. The Commission has concluded there is a basis for raising a disciplinary case against her, stating the consequences of her actions were that the Ministry of the Environment and Food “to some extent stepped into the background and was disconnected, regardless of the fact that the ministry had responsibility for mink”.

The Mink Commission was similarly unforgiving to Rigspolitiet head Thorkild Fogde, asserting he should have immediately reacted when informed of the illegality of the mink killing order. Fogde, alongside Henrik Studsgaard and Tejs Binderup from the Ministry of the Environment and Food and Johan Legarth from the Ministry of Justice, are now involved in disciplinary cases as a result of the mink debacle.

For a national court case to be brought against her, one of the government’s supporting parties would have to back it. As of yet, it seems unlikely this will happen.

“The central question is the question of intent: that is, if you do something on purpose against better knowledge,” said Enhedslisgten group chair Peder Hvelplund. “There is nothing to suggest this in relation to the PM.”

Radikale and Socialistisk Folkeparti have yet to read the Mink Commission’s report and announce their positions.

The PM herself is set to hold a press conference at 10:00 tomorrow to discuss the report.